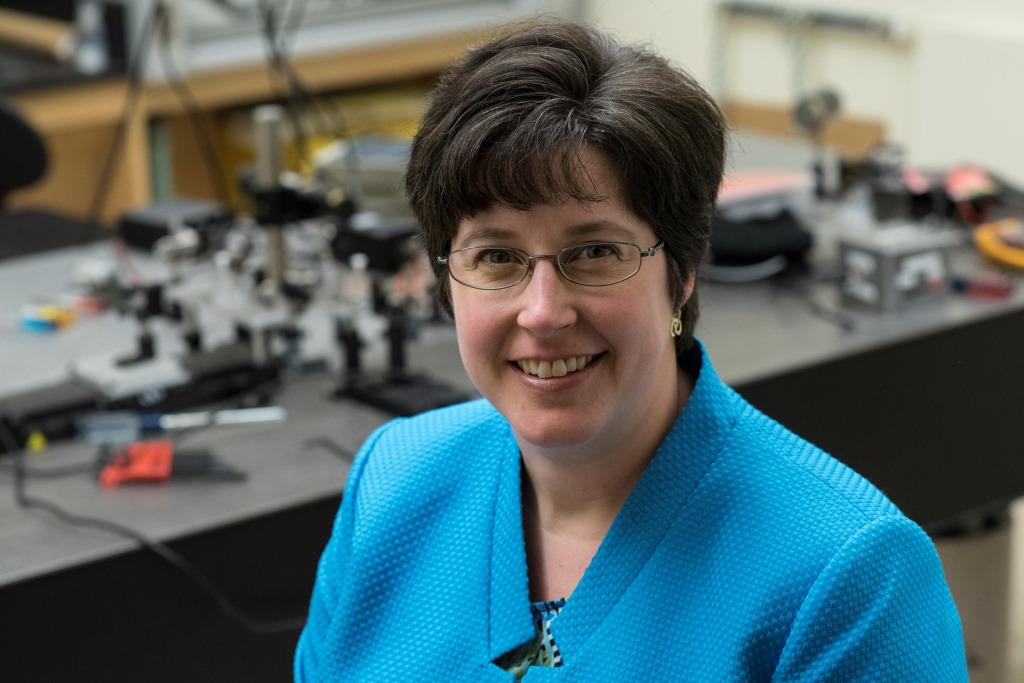 Professor Spivey teaches a wide range of courses, from introductory physics to upper-level physics courses for majors such as Analytical Mechanics and Electromagnetic Theory. She also teaches a first-year seminar entitled “Empowering Technologies – Energy in the 21st Century”.

Professor Spivey’s research interests lie in the areas of optical and materials physics. She has most recently pursued time-resolved studies of photoluminescence from semiconductor colloidal quantum dots toward the goal of increasing the effectiveness of luminescent solar concentrators, in collaboration with scientists at three other universities in the Pacific Northwest. That work was funded by a generous grant from the M.J. Murdock Charitable Trust.

In her graduate research at JILA (formerly the Joint Institute for Laboratory Astrophysics) at the University of Colorado, Prof. Spivey used short-pulse laser systems to study how excitons in GaAs-based semiconductors behave on sub-picosecond time scales. She also worked with terahertz pulses. Her post-doctoral research at the University of Alabama in Birmingham explored the intensity-dependent absorption of nanosecond and picosecond laser pulses in organometallic molecules.

Professor Spivey is an active member of the Northwest Section of the American Physical Society (APS). She is also involved with the APS Division of Laser Science, the American Associate of Physics Teachers and the Optical Society of America. She regularly reviews articles submitted for publication to the American Journal of Physics.

Professor Spivey lives in Tacoma with her husband, Mike, and their three children. In her occasional free time, she enjoys reading fiction, seeing films, and being outdoors.