Aimee Roseberry ’21 stepped off the plane in Taiwan and panicked. As a double major in sociology and anthropology and Chinese, she had two years of Chinese language classes behind her, but was still overwhelmed by the sudden immersion into the language. “I just remember thinking, “Oh my God, I don’t know Chinese,” she recalls. “It felt like I was totally lost.”

It was June, and she was heading to Tunghai University for Puget Sound’s Taiwan Summer Program—an eight-week language-intensive study abroad experience. From the next two months, Aimee and her four Puget Sound classmates would be immersed in Chinese language and culture. They would speak and hear only Chinese in the classroom, room with native Taiwanese students, and experience the culture firsthand.

“It became way easier with the immersion,” Roseberry says. “It was intimidating, but I loved it.” 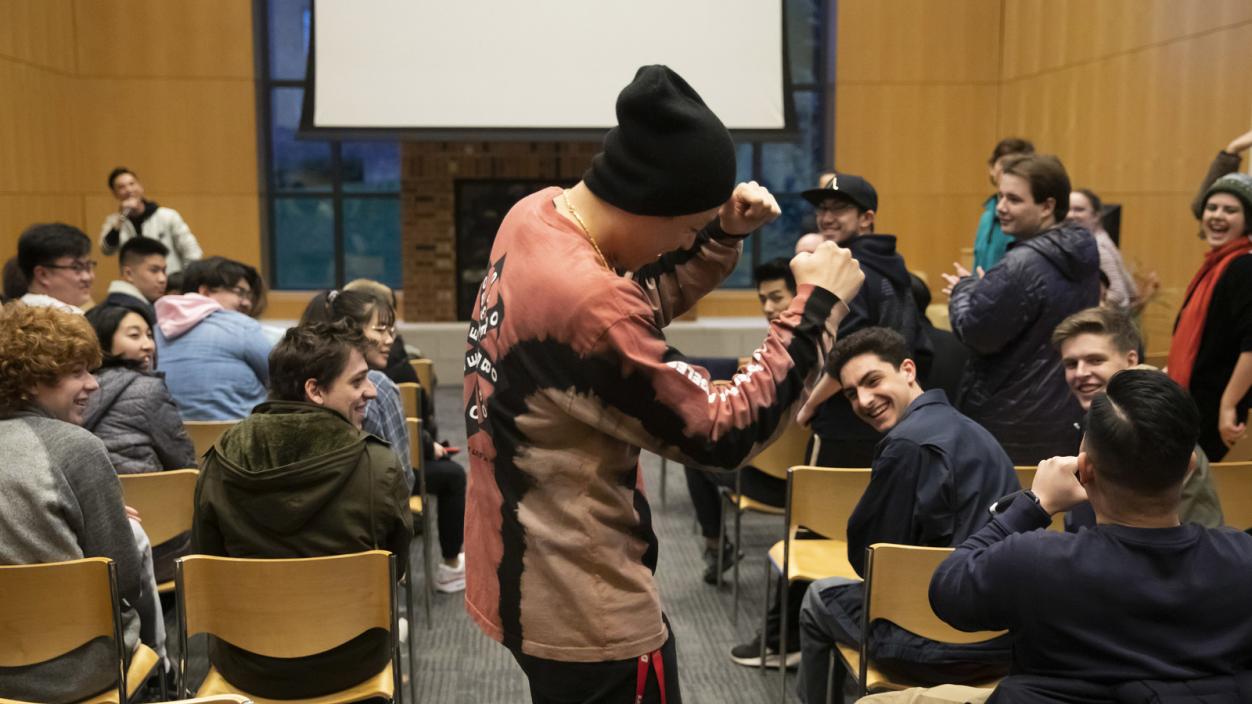 Back in Washington and in the classrooms of Puget Sound’s Asian Studies Program, Aimee is continued her studies. But her instructor, Lo Sun “Lotus” Perry, who started the university’s Chinese language program and oversees the Taiwan Summer Program, believes that learning in a classroom is not enough. “The hope is for my students to be able to interact,” she says. So this year she organized Puget Sound’s first-ever Taiwan Culture Night, held on Feb. 15. Her goal was to give students like Aimee a space to connect with other summer program alumni, students interested in Taiwanese culture, and members of the local Chinese community. The event featured a performance by Taiwanese rapper Dr. T, traditional Taiwanese food (including boba and rice balls), and a movie screening.

“We have had students studying abroad through the Taiwan program every summer since 1989,” Perry says. “We’re trying to get our students from the program together in one room and give them a venue to talk about their experiences and those interested in that. It’s really an opportunity to create that space for people to get to know each other a little better.”

It was also an opportunity to be reminded of Tacoma’s history and its expulsion of Chinese immigrants in 1885. On a November morning that year, an angry mob forced hundreds of the city’s Chinese citizens onto a train bound for Portland, Ore. Their homes and businesses were burned days later. The expulsion came to be known as the Tacoma Method and its effects were far-reaching. Chinese residents did not settle in Tacoma again until the 1940s and the city still does not have a Chinatown district.

“Because of that, it’s kind of hard to become immersed in the culture,” Perry says. “One of the goals was to bring in members of the Chinese community and say, ‘Hey, look. There are people here who speak Chinese.’”

More than 140 people from the university and greater Seattle-Tacoma area attended Taiwan Culture Night, and Perry says she would like to make the it an annual event. “It’s all about creating a fun, cocurricular activity connected to what students are learning in the classroom,” Perry says. “Through food, crafts, and music, I hope students think a little bit deeper and pursue something that interests them.”