Five questions with Seth Weinberger, professor of politics and government

As a political scientist who studies war and international conflicts, Seth Weinberger often finds his research intersecting with current events. As the U.S. was deploying troops to the Middle East after 9/11, he was researching war powers and the constitutional balancing act between the executive branch and Congress. Now, the professor of politics and government is asking big questions about domestic extremism and how to define a shared national identity in the midst of deep political division. 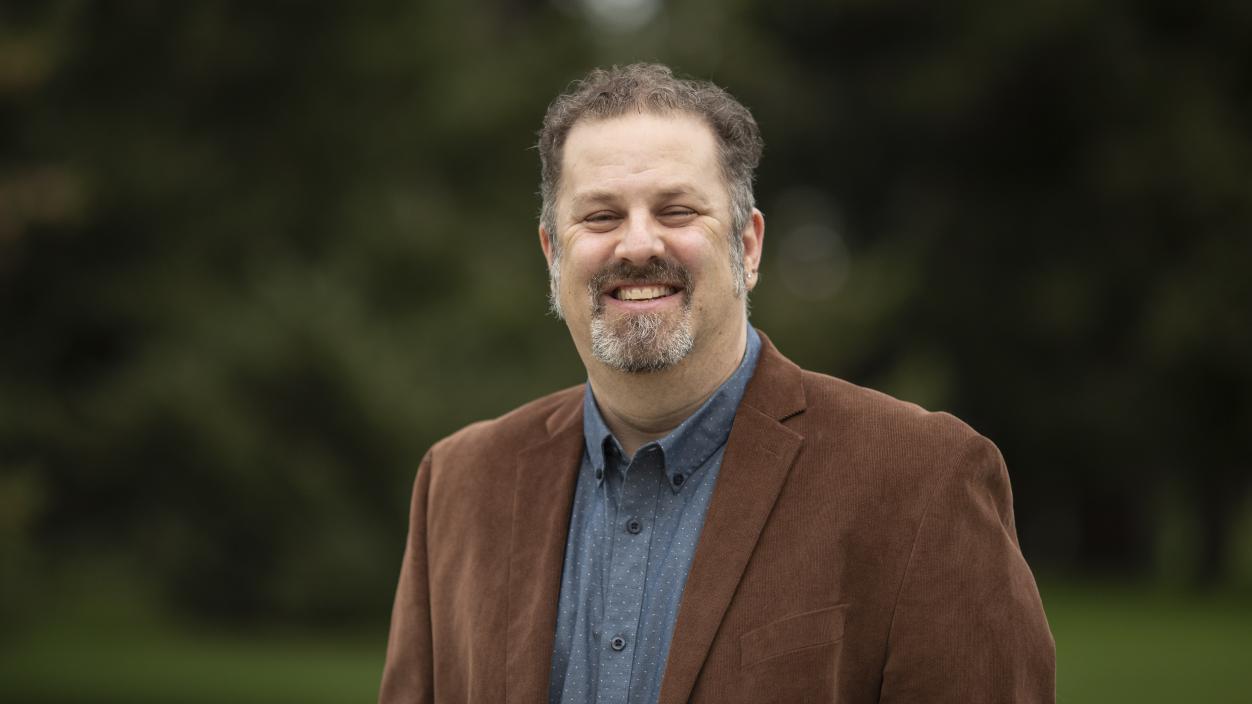 Q: You teach international relations and political philosophy (among other subjects), both of which ask us to examine how we engage with each other and with the world. What questions are you interested in right now?
A: There are a couple of big questions that I'm interested in. The first is: What does it mean to be an American? How do we, as a nation, transcend all of the things that make us different and develop a national identity while at the same time recognizing that our country exists as a result of slavery and the genocide of indigenous populations? The other question that I’ve been thinking about over the last few years is what leads people to extreme, radical beliefs—and how do those beliefs turn into acts of violence? It’s been interesting to me to see how domestic white nationalist and white supremacist groups operate very similarly to groups like al-Qaeda and ISIS in how they use conspiracy theories and racist ideology to radicalize people and to mobilize them to violence.

Q: How does the academic environment at Puget Sound give you the freedom to pursue research with real-world implications?
A: The whole point of studying politics is to be relevant to the problems that a political community faces. A lot of political scientists at big research universities are trying to explain this one statistical variable in the incidence of a conflict. I’m not interested in that. I’m more interested in things that can actually help us understand and fix these serious problems. One of the reasons I came to Puget Sound was because the university allows faculty members to experiment, to blend different fields together, and to define our work in ways that are useful. We’re able to explore those big questions and be the judge of what good scholarship is. Ultimately, that’s better for students, too.

Q: This semester, you’re teaching a course called Science and War in the Modern World. Can you tell me about that class?
A: I co-teach that class with a physicist, Andy Rex. Andy had been teaching a version of this class for a long time when we asked me, as someone who studies war and conflict, to join him. His half of the class focuses on nuclear physics by telling the story of the development of the atomic bomb, while my half of the class dives into how new technologies—such as machine guns and tanks—change the behavior of states from the Civil War through World War II and affect the decision to go to war. All of that culminates with the invention of the atomic bomb. I learn a lot by teaching it, and students learn about the scientific process at the same time they’re learning about military history and international relations theory. It brings all these different perspectives together, which is the purpose of a liberal arts education.

Q: What do you hope students take away from your classes?
A: For my students who are going into politics and international relations, I want them to understand the causes of conflict, because then they can go out and try to do what they can to prevent wars. Some of my students go on to work for the CIA or for members of Congress, and I want them to know how to find the least bad option in a range of bad options. For students who aren’t going into a career in politics or intelligence, I want to prepare them to be critical, educated, thoughtful members of a democracy. I take that very seriously. One of the things I think is really important about a liberal arts education is the belief that there is truth, but that you don't know what that truth is. So, it’s important to be skeptical and be willing to interrogate your own beliefs, which might not be correct.

Q: Tell me a little about your life outside of the classroom and how you’ve been spending your time during the pandemic.
A: My wife and I are huge music fans. One of the things that we miss most is being able to go to concerts. To make up for that, I’ve been finding a lot of new music and trying to support independent artists. There’s this subgenre I’ve been listening to called doomgaze, which is slow and sludgy and droning—imagine 35-minute songs with just a couple of chords. It’s great pandemic music because it’s kind of bleak, it has very few lyrics, and it’s more about atmosphere and texture. When the weather is good, my wife and I like to hike and play outside with our dog. Obviously, between the pandemic and the winter weather, we’ve been mostly indoors, which is a good excuse to find new music on Bandcamp. 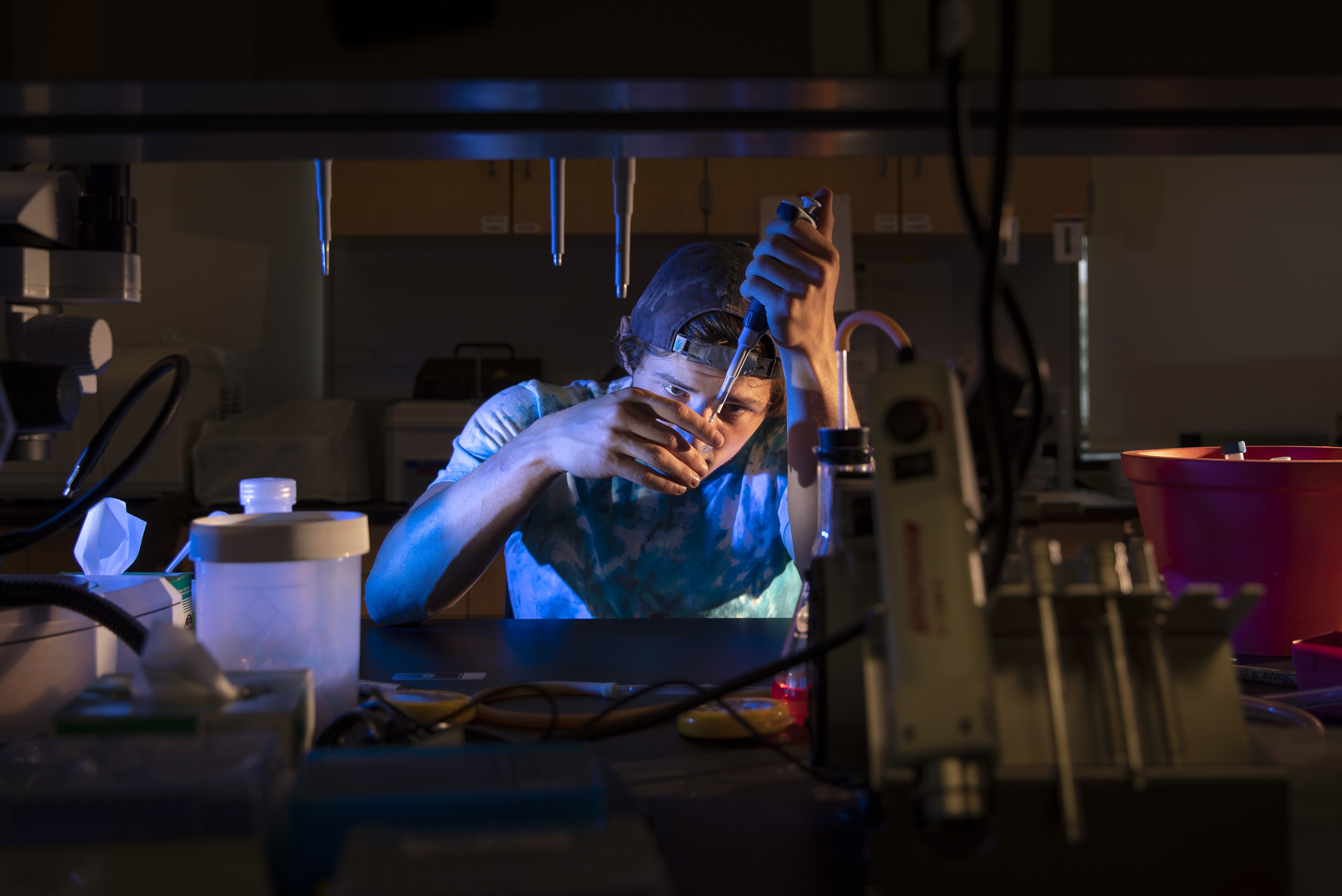 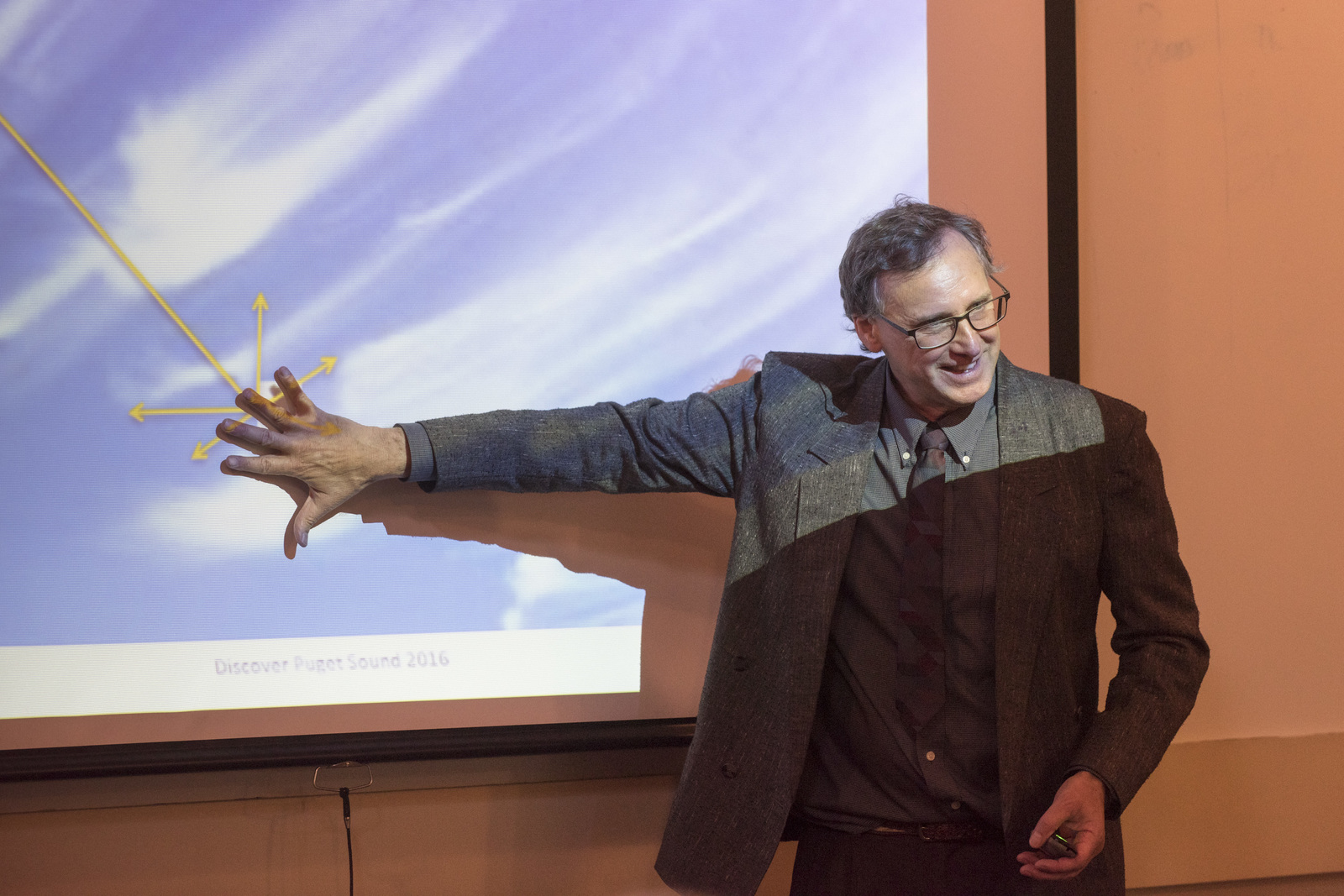 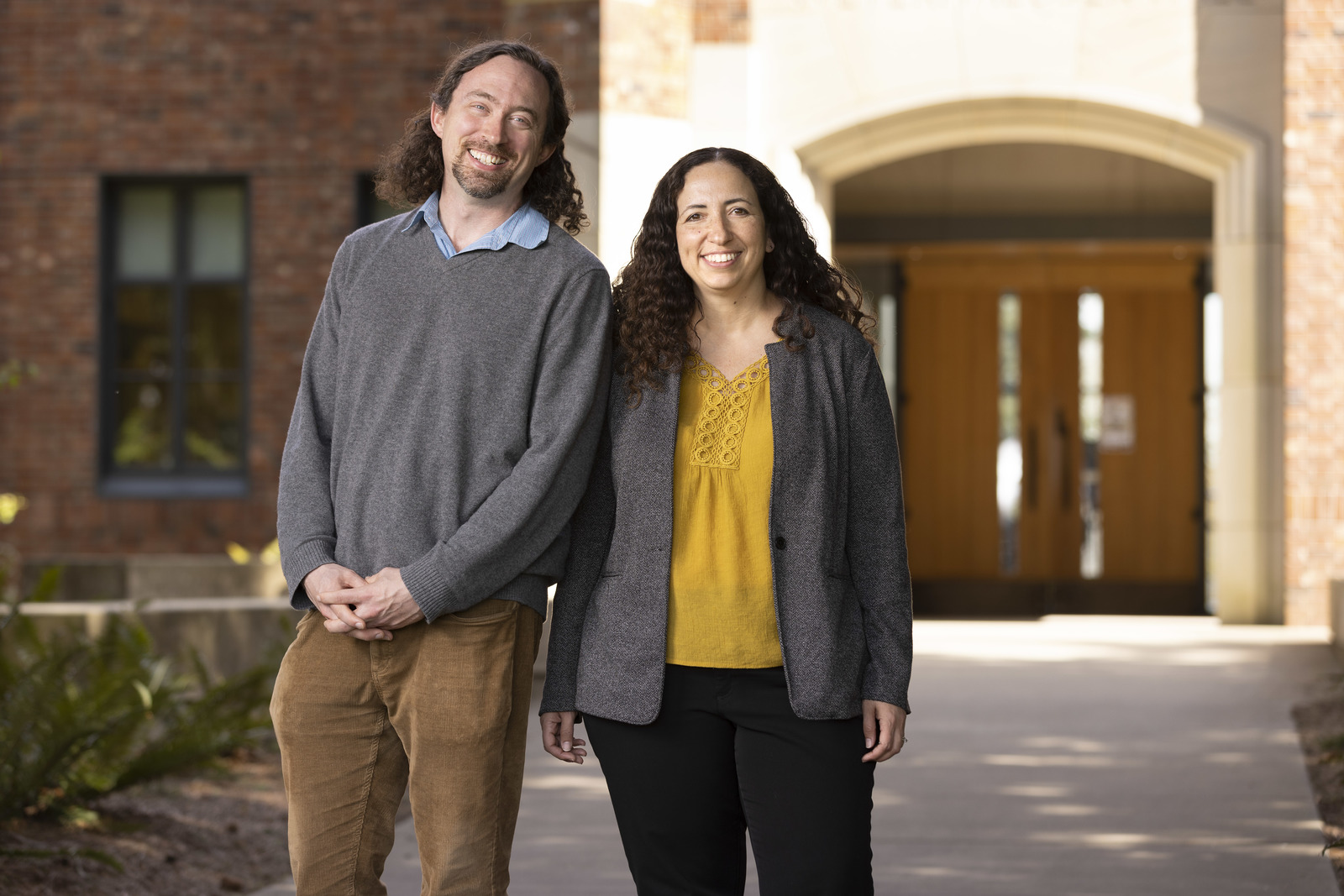 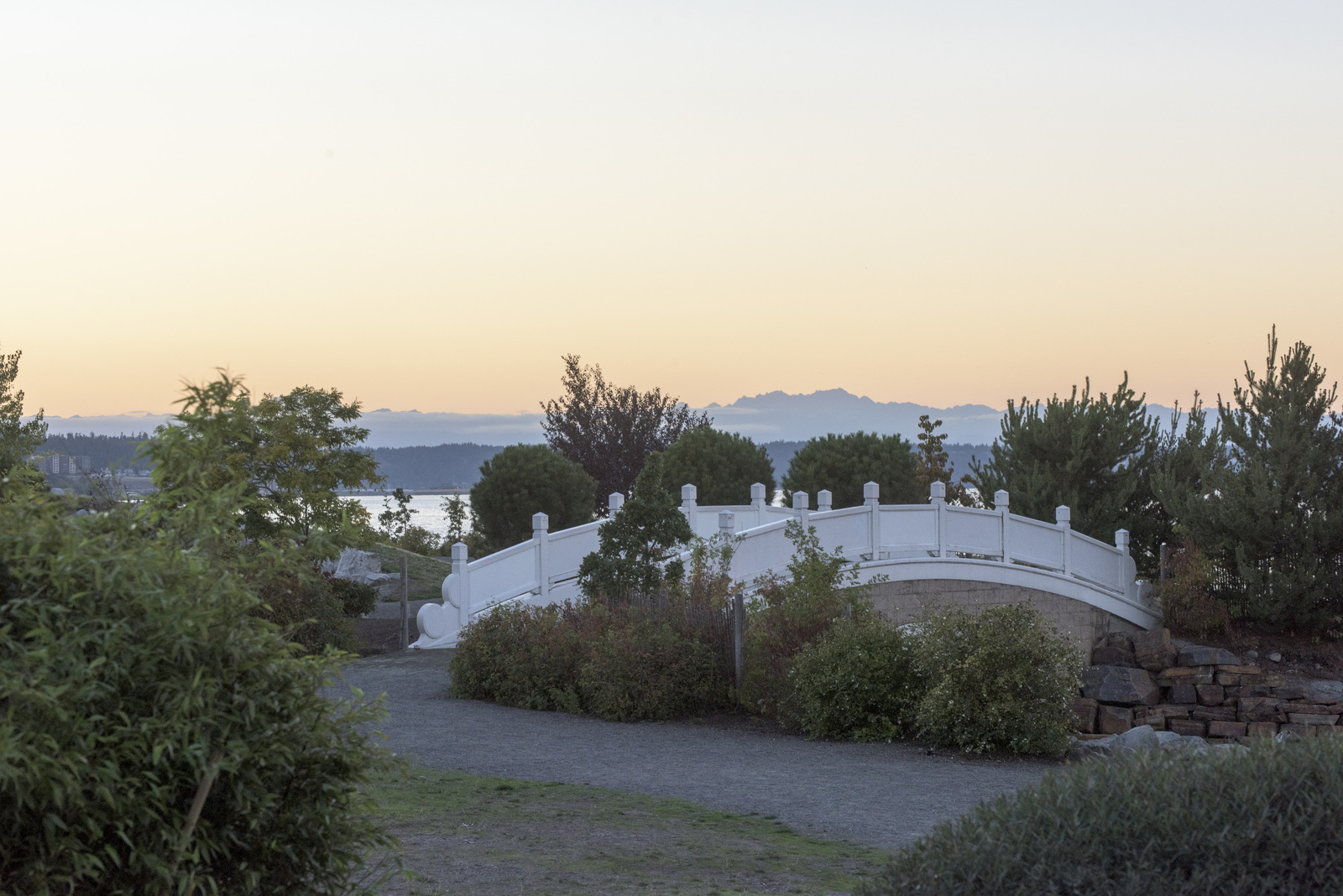 As a theater historian, Sara Freeman ’95 studies the intersection of art, politics, and gender through the lens of contemporary theater companies. In her role as professor an... 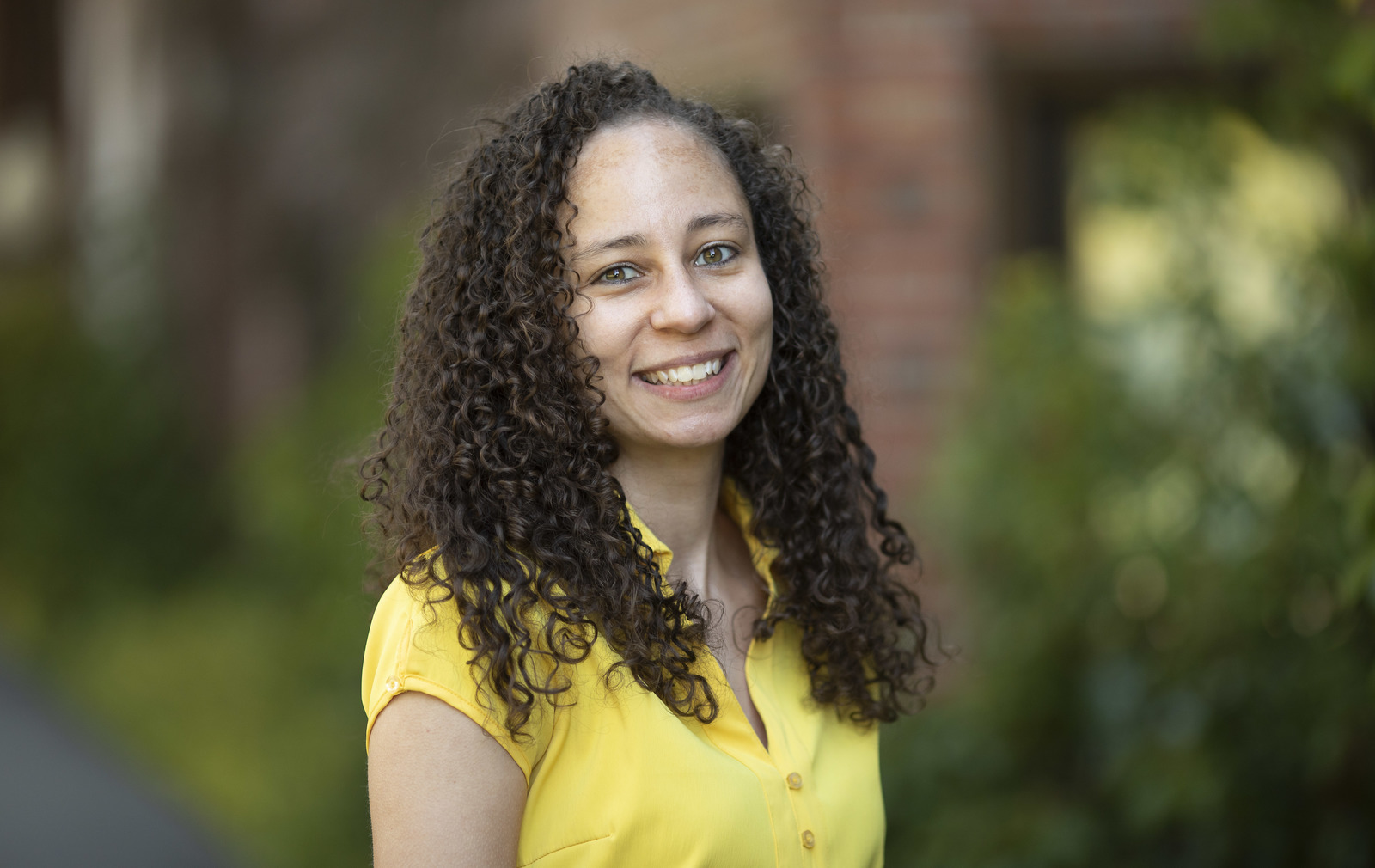 Associate Professor of Psychology Erin Colbert-White always wanted to be a veterinarian, but after realizing she was allergic to most animals, she decided to find a different...