Photo by Sy Bean; thank you to all the students who contributed photos for the gallery

One evening last June, philosophy professor Ariela Tubert and Hispanic studies associate professor Brendan Lanctot led their class along the narrow, labyrinthian paths of Recoleta Cemetery on the acropolis of Buenos Aires, where more than 6,400 above-ground burial sites quietly tell the story of this complicated country.

The 14 students, who had flown in that morning from SeaTac, trailed past statues and mausoleums dating from the 1800s. “We’d been wandering for half an hour when we came to President Alfonsín, and our students got really excited,” says Brendan, recalling the moment he realized this was going to be a special trip. “If you go on a guided tour, they’re going to point out some tomb architecture and where Eva Perón is. But our students knew the history, and from day one they were connecting.”

Their teachers had a personal connection with Buenos Aires: Ariela grew up in the city, and Brendan lived there in his 20s. The semesterlong class, Argentina: Modernity and Its Discontents, was the result of a year and a half of conversations between the two professors. It was designed to cover Argentina’s history—from its fight for independence to its violent transition to a modern nation-state in the 19th century through economic growth and radical political changes in the 20th—as well as contemporary cultural aspects including film, tango, politics, and soccer. 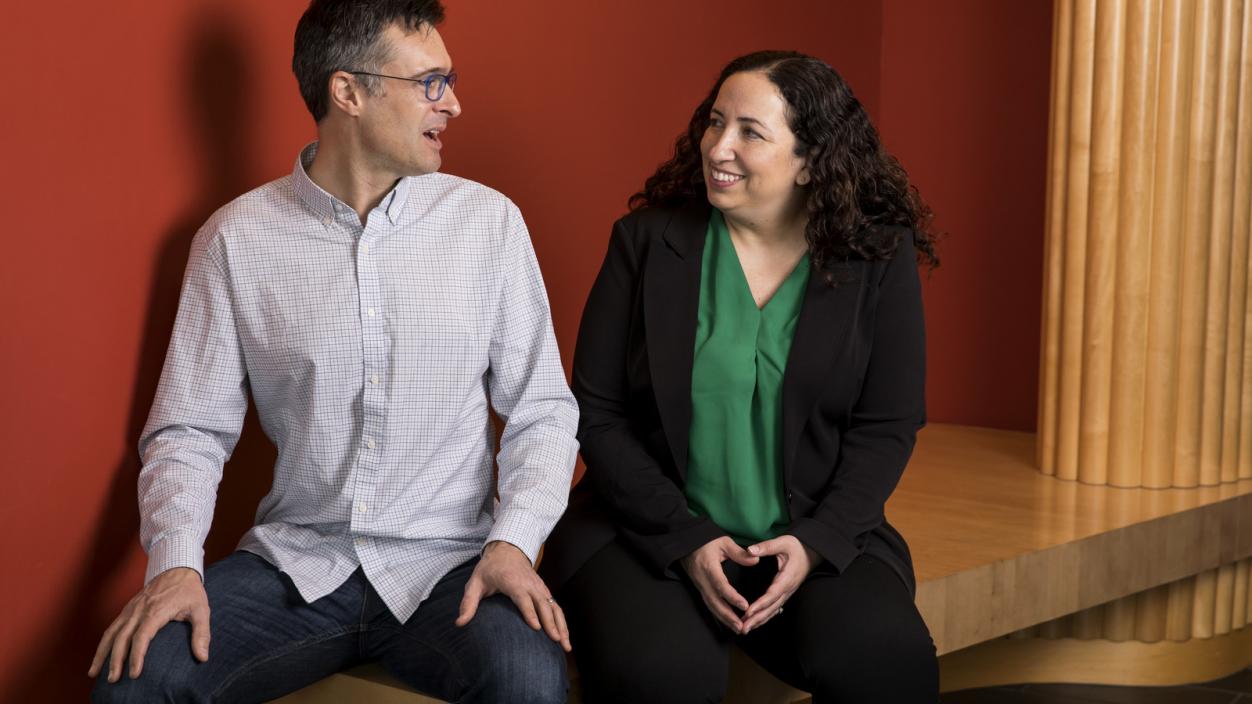 “We wanted to look at how, since its foundation as a nation-state almost 200 years ago, Argentina has experienced these larger forces that we call modernity,” Brendan explains. In particular, they explored how that modernity has developed asymmetrically, from the posh culture of the capital to the indigenous cultures and subsistence farming on the Pampas.

“I knew from the beginning that the course would be personally interesting, as it would allow me to rethink various issues connected to Argentina’s history that I lived through,” Ariela says. “Teaching about Argentina forced me to make explicit various things that I knew intuitively—what it is like to experience the world as an Argentine during certain historical moments. For example, I lived in Argentina through the mid-’80s, a time that was fraught with Argentine society attempting to come to terms with the horrors of the preceding period of military government. I tried to convey what it was like to live through that period through testimonies, journalism, scholarship, film, and literature. Throughout the semester and during our travels, I kept trying to help students see the world from the perspective of an Argentine, which often involved stretching their imaginations. This process of rethinking things that one takes for granted is what philosophy is all about.”

Leading up to the three-week trip, the class met for two and a half hours each Wednesday over the course of the spring semester. Students watched films, listened to music, participated in discussions, and consumed a wide range of readings.

In one assignment, students adopted the personas of high school students living in post-military dictatorship Argentina. Susanna Schuler ’20, a Spanish major with a double minor in politics and government and Latin American studies, was assigned the character of Marta Garcia. “She was from a working-class family in big support of the former president, Juan Perón,” Susanna explains. “As Marta, I was looking to promote equality at this top-end high school in Argentina, and my aim was to make expensive uniforms and testing more accessible to working-class families.” Susanna and her classmates had to write papers and give speeches in character, which helped them to connect with the history of the country before traveling.

In Argentina, students visited prominent filmmaker Benjamin Avila and the Eloisa Cartonera publishing house, which spurred conversations around free speech, propaganda, and artistic expression. They visited the site where the revolution took place and deconstructed what it means to be a hero. Six in-country seminars led by Argentinian professors covered topics including sociology, dance, architecture, and art.

At night, Buenos Aires came alive. “This is a city where you go out to dinner at midnight,” Brendan says, acknowledging that the students were often out until all hours. “They enjoyed themselves—and they showed up on time for every single lecture. Nobody missed a single thing.”

A highlight for all was witnessing the World Cup in a country where soccer is like a religion. The group watched Argentina’s game against Croatia with hundreds of fans in a public square. Argentina lost. “I’m used to anger and frustration in the U.S., but there it was deep sadness and some tears were shed,” Susanna recalls. Then, a few days later, Argentina beat Nigeria, and Messi scored a goal. “And that was incredible,” says Susanna. “So we saw the wide range of emotions.”

During the spring semester, the students conducted research for independent projects, which they augmented with fieldwork in Buenos Aires and presented in the final week of the trip. One student focused on the history of Argentina’s women’s movement, and she had the opportunity to interview organizers of the pro-choice march that happened while the students were in the country, as abortion rights were up for a countrywide vote. Another student studied the narrative and representation of the Jewish community; another examined the relationship between mid-20th-century populist leaders and the most recent presidential regime.

For the professors, the trip provided a dynamic teaching experience. “I remember getting on the bus after visiting the public park on the river bank, where there are outdoor sculptures commemorating those who disappeared during the last military dictatorship,” Brendan says. “The whole bus ride back I was in dialogue with students, fielding questions as they tried to relate the things we’d just seen with the stuff we’d been reading over the course of the semester. It’s a very different mode of teaching, very intense and very engaging.”

Students also made personal connections in their homestays. Brandon Balladares ’20, a communication studies major with a double minor in Spanish and Latin American studies, stayed with an older couple who taught him Argentinian slang, kept him to a disciplined schedule, and walked him around the city to make him feel at home. “They brought me in as if I were truly family, and I’m grateful for them,” he says. He’s already thinking about returning to Argentina after college.

Picture this: Inside a bustling mega mall in Yogyakarta, Indonesia, 10 Puget Sound students are trying to get their bearings. Anthropology professor Gareth Barkin has just t... 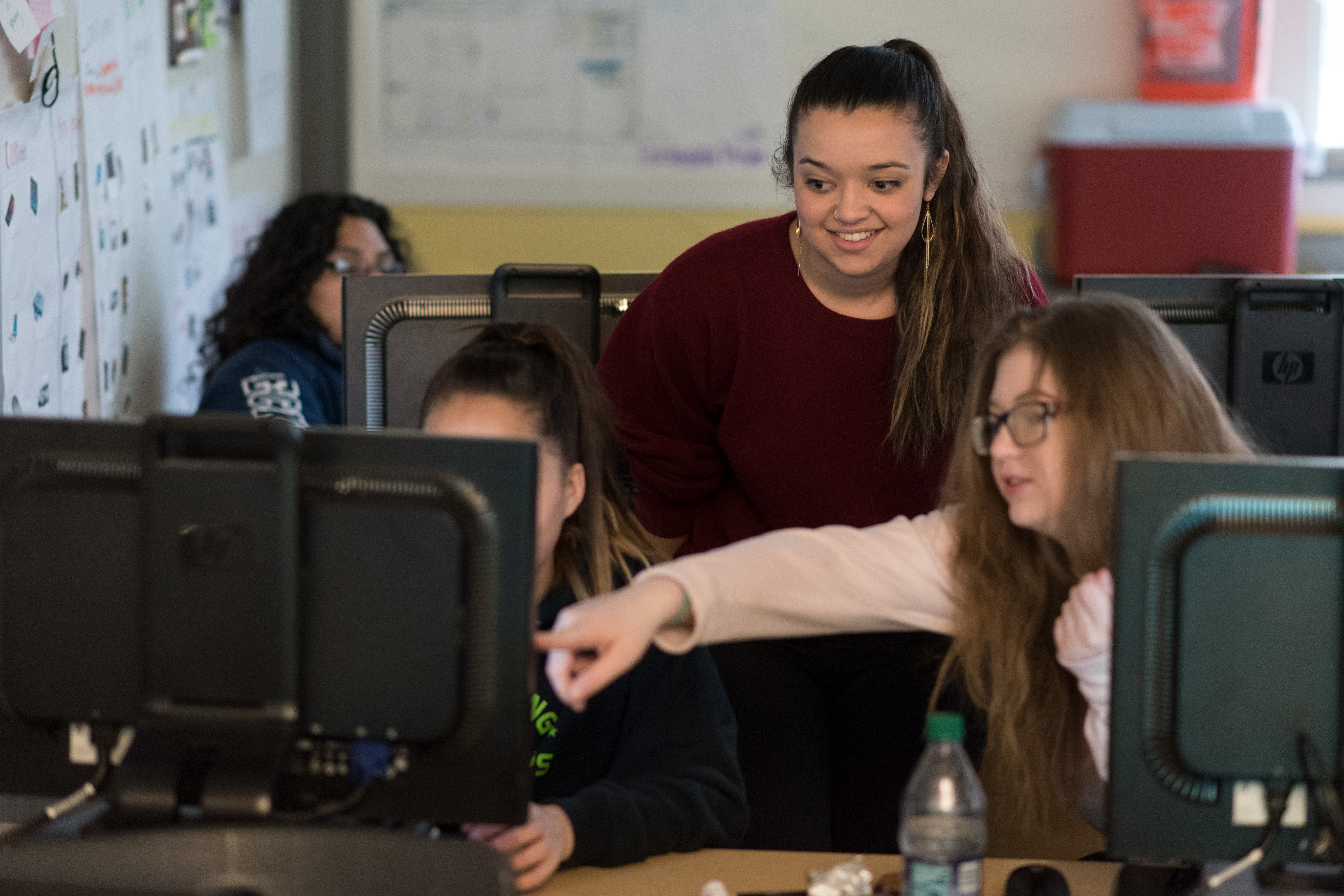 Tech-savvy students are on a mission to diversify computer science through tutoring The central dilemmas of a generation might be understood by the assignments a good tea...