"It is a great pleasure to serve the University of Puget Sound community as the institution’s 14th president. Puget Sound is an exceptional national liberal arts college that maintains an unwavering commitment to provide students a rigorous and student-focused education that fosters personal and intellectual discovery, and prepares them to become effective, engaged, and thoughtful global citizens. I have discovered here a welcoming community of educators, artists, musicians, scholars, researchers, and innovators—of students, faculty, staff, alumni, trustees, and others—who exemplify the values of lifelong learning and service to community. I invite you to learn more about the university and its leadership on these pages, and to contact me at any time with your questions, ideas, and dreams for the future of this remarkable college." 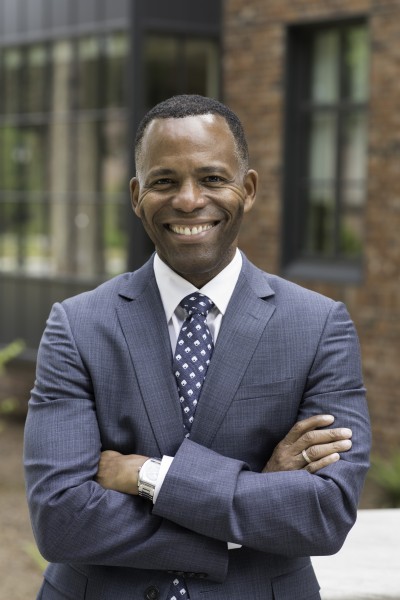 A distinguished scholar, teacher, and college administrator, Crawford became president of University of Puget Sound in 2016. Crawford’s academic work and achievements as a senior administrator are closely aligned with the values and aspirations of Puget Sound, and with the key areas of challenge and opportunity facing higher education today.

Crawford came to Puget Sound following service as provost and chief academic officer of Seattle University (2008–16), where he directed the Division of Academic Affairs and oversaw the university’s schools and colleges, libraries, enrollment, information technology, institutional research, and offices supporting student academic achievement, faculty affairs, and global engagement. From 2004 to 2008, he was dean of the College of Arts and Sciences at Loyola University Chicago, where he joined the faculty of the Department of Psychology in 1987.

Crawford earned a bachelor's degree in psychology from St. Louis University, and master’s and doctoral degrees in clinical psychology from DePaul University. He is an accomplished clinician and well-published scholar in the areas of health promotion, human sexuality and the training of mental health professionals, and the recipient of numerous national awards, including three from the American Psychological Association.

Starting July 1, 2021, Crawford will assume a one-year term as president of the board of directors of the National Association for Independent Colleges and Universities. He also serves on the board of directors for The Annapolis Group, Independent Colleges of Washington, and the Northwest Conference, as well as the Tacoma Art Museum, Seattle Symphony, Providence St. Joseph Health, and Providence Health Plan.