Feb 12, 2018
Alumni mentors are making a real difference in students’ lives. Many mentorship programs on campus, including ASK (Alumni Sharing Knowledge) Night, the Business Leadership Program, and Take a Logger to Work Day, match students with role models, often professionals in their fields who can advise students on career development and life after college. Alumni who participate report that the experience of guiding outstanding young people has been extremely rewarding. We asked three alumni mentors to share their stories.

Alumni mentors are making a real difference in students’ lives. Many mentorship programs on campus, including ASK (Alumni Sharing Knowledge) Night, the Business Leadership Program, and Take a Logger to Work Day, match students with role models, often professionals in their fields who can advise students on career development and life after college. Alumni who participate report that the experience of guiding outstanding young people has been extremely rewarding. We asked three alumni mentors to share their stories. 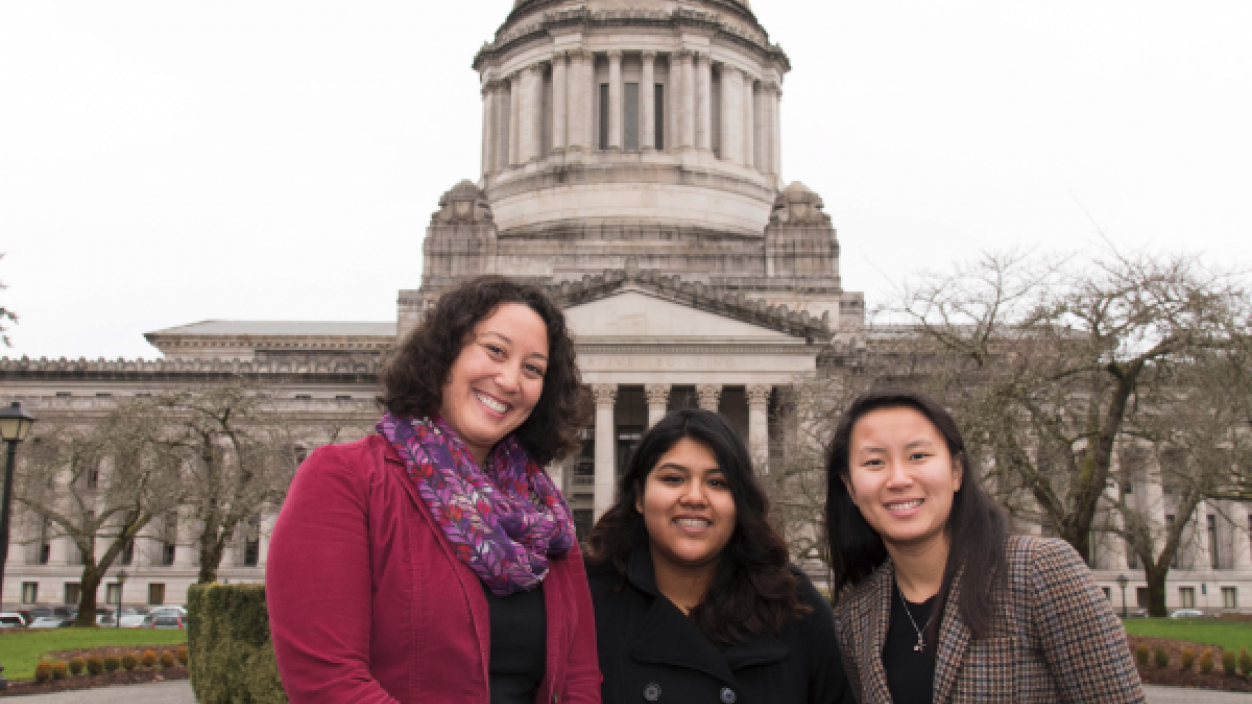 In her first six months as president of the Alumni Council, Andrea Tull Davis has already made a significant impact. She has been involved with the council since its inception in 2007, and previously served as chair of the Tacoma Alumni Club and the Career and Employment Services Committee (CES). Her role on the CES committee led her to take a keen interest in the connections between alumni and current students. She has worked to boost alumni participation in Alumni Sharing Knowledge (ASK) Night and helped launch the Take a Logger to Work program, which provides job-shadowing opportunities for current students.

Andrea is particularly passionate about the Take a Logger to Work program. She has worked in the health care policy field for a decade and currently serves as the director of government and external relations for Coordinated Care Health Plan in Tacoma. Every year, she takes two or three students to Olympia to give them a tour of the capitol building and show them what a career in public policy looks like. The students get to see the role that Andrea plays in shaping public policy through her interaction with state agencies, the governor’s office, and elected officials. Students also sit in on legislative committee hearings and tag along to meetings with legislators, and Andrea answers their questions about public policy as a potential career path.

“As an alum, I love meeting the students and hearing about all the interesting and fascinating research they are doing, and their plans for the future,” she says. “The job-shadow experience is part of their career development process, and alumni play such a pivotal role in that.”

Andrea got her own start through a Logger-to-Logger connection. Politics and government professor David Sousa introduced her to Alixandria Weise Lapp ’96, who was chief of staff for Congressman Adam Smith at the time. That connection led to an internship and later a job for Andrea, first as the finance director for Smith’s re-election campaign and then as health policy advisor in his Washington, D.C., office.

She notes that politics and government faculty members Bill Haltom and Patrick O’Neil also served as informal mentors, and that those relationships remain important to her today. “I am who I am because of these people in my life,” she says, adding that she encourages other alumni to make such an impact on students’ futures.

Andrea speaks to plenty of alumni who are interested in getting involved. She says that the challenge is in creating a formal structure that supports both students and alumni through the process, and helps them find the right match. “My dream is that at some point in the future, every incoming student will be paired with an alum mentor who stays with them for their whole time at the university, and even potentially beyond.” 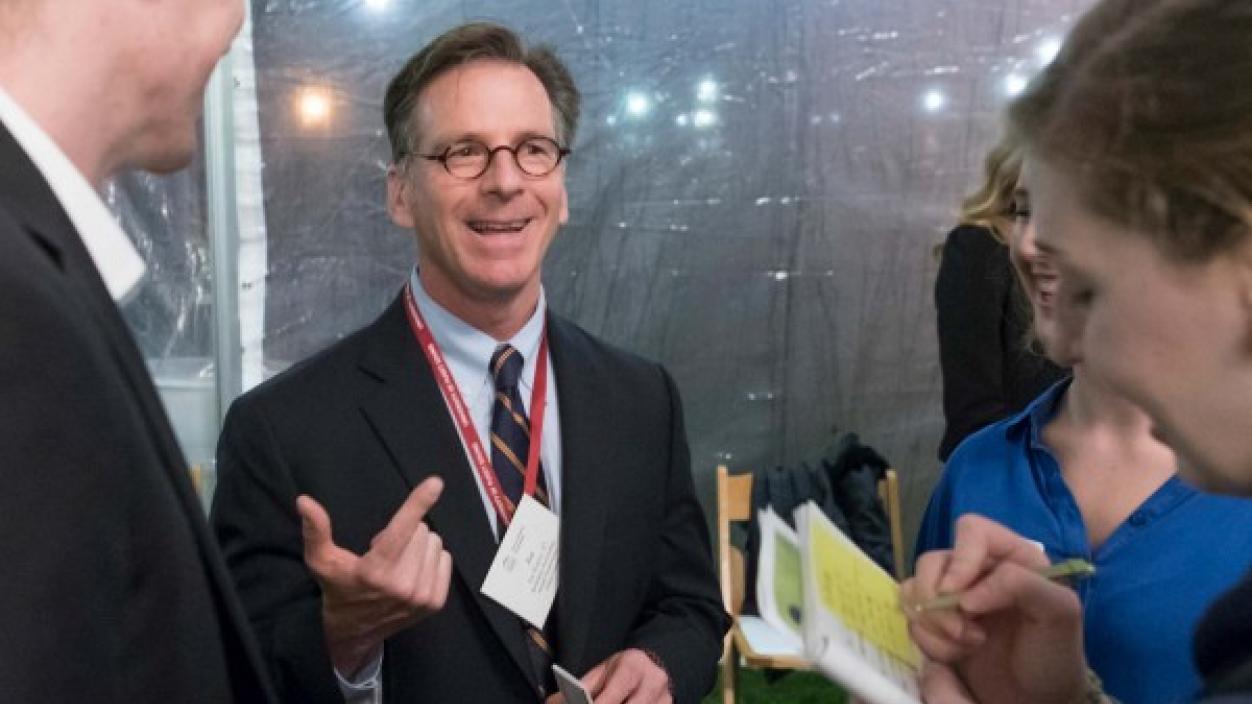 “The only thing to do with good advice is pass it on,” wrote Oscar Wilde. “It is never of any use to oneself.” Joe Kurtis has been quietly making this his mission, working to connect students with alumni who can provide advice on how to navigate life after college.

Joe started mentoring students nearly a decade ago through the university’s Business Leadership Program (BLP). Now he’s chair of the Alumni Council’s Career and Employment Services (CES) Committee, and his goal is to expand upon that program to include students in other disciplines.

“I thought that because the BLP mentorship program was such a powerful, transformative opportunity for students, why shouldn’t that opportunity be made available to the larger university community?” Joe says. “From my place on the CES committee, I started to enter into that conversation.”

The committee—made up of alumni volunteers, faculty, and staff—dreams of creating a university-wide alumni mentorship program. “People recognize that there are benefits to the university and obviously tremendous benefits in the service to students,” Joe says.

His personal experiences as a mentor have been enriching. “You end up in these interesting, magical moments of self-discovery,” he says. “As they’re navigating a particular issue or want to discuss a particular idea, you are either putting yourself in their shoes, or you can see how the discussion that you’re having actually has real, meaningful implications and applications to your own life.”

One of Joe’s recent mentees is Nicole Edwards ’15. She says that Joe had made an important impact on her life. He provided a constructive environment where she was able to ask questions and explore the many different paths that often felt overwhelming. “I think a mentor is an invaluable resource for impartial advice and guidance,” she says.

In Nicole’s case, that advice led to an internship with Joe at Russell Investments, where he is a director. While it’s rare for a mentor/mentee relationship to translate into a job, that’s how it worked out for Nicole. Joe was so impressed with her work ethic and capability that after she graduated, he hired her for a position on his team.

Joe finds all of his mentee relationships equally fulfilling. “I get the enjoyment of spending time with young people who are curious about exploring what life has to offer them in the future,” he says. “That’s a really powerful and meaningful experience.”

Those positive experiences often inspire future mentors. “I continue to be impressed by the willingness that Joe has to be of service to others and to impact those around him,” Nicole says. “It’s definitely made me want to be able to do the same thing, to create that space for someone else.” 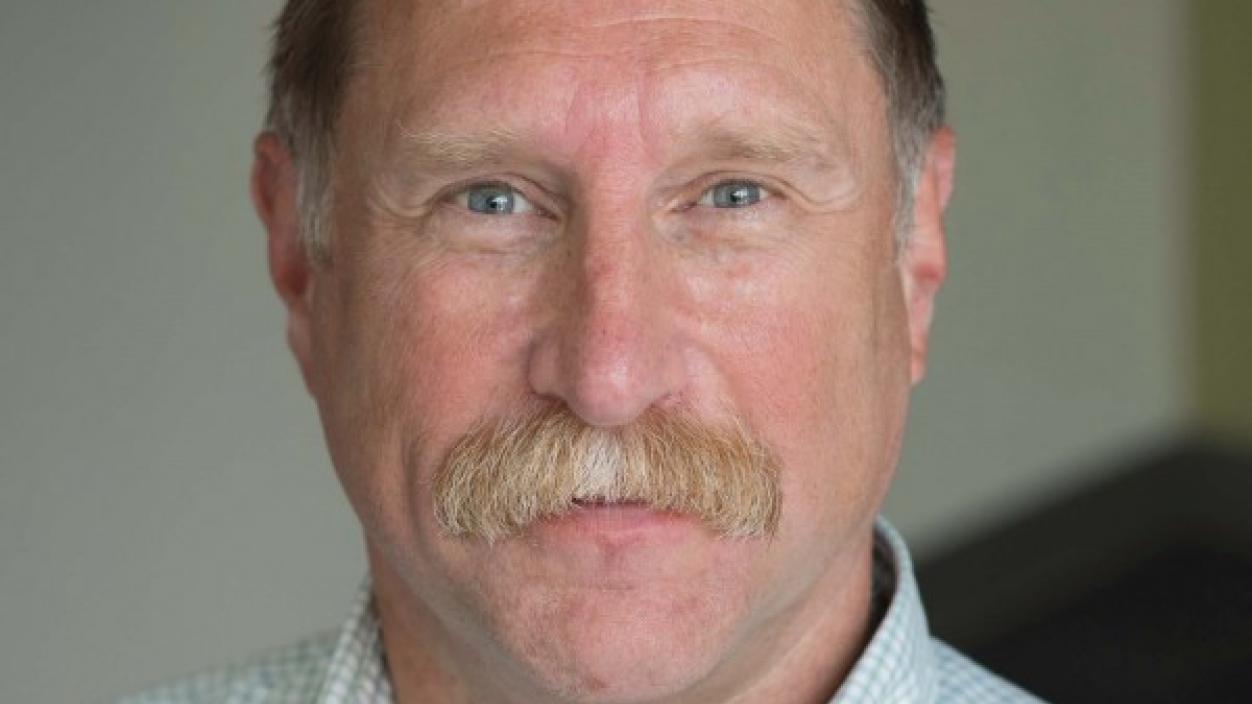 Tom Moore started working with Puget Sound students through Alumni Sharing Knowledge (ASK) Night, an annual networking reception where students can get advice and encouragement from alumni about potential career paths. He was later invited to be part of the BLP mentorship program.

“I’ve been mentored and I’ve been a mentor, and I’ve always found it to be fruitful,” Tom says of his career in  software development. He’s been with Amazon for the last decade. “I appreciate the opportunity to mentor people who are actively curious and really listening, but who also don’t want someone to give them all the answers.”

That’s just the approach that Tom’s latest mentee, Thavy Thach ’19, was looking for. He and Tom were paired up when the mathematics and computer science department started a pilot mentorship program. When they first met in Thomas Hall in early 2017, they had a long talk about careers, college, and other shared interests, and they agreed on a process.

“Tom doesn’t want to make me into someone who will do everything the way he has,” Thavy says.

Tom cautions against going beyond mentorship and turning a mentee into something of a protégé. “Mentors don’t exist to make mini-me’s,” he says. “The trap to me is that it invites ego, it invites claiming someone else’s success. If I’m claiming a mentee’s success, then I’ve done something wrong.”

Thavy studied in Budapest during fall semester and plans to be in New Zealand during the spring. He’s been busy seeking out additional mentors wherever he goes. “He is just one self-propelled machine,” Tom marvels. “He’s just looking for guardrails.”

Tom has defined boundaries around his role as a mentor. “If you solve problems for them, it’s like you’re the parent doing the sixth-grader’s homework for them,” he says. “That doesn’t make a better student; it doesn’t make a better mentor. The whole point here is that you are helping them identify gaps in skills or gaps in understanding, but they’re the ones who are going to fill that gap.”

It was John Riegsecker, professor emeritus of mathematics and computer science, who may have instilled that ethic in Tom, who once called John when he had a problem he didn’t think he could begin to tackle. “He literally said, ‘Don’t ever call me again with a problem that you haven’t even tried to solve,’” Tom says. “It was like a major kick in the keister.”

Tom’s other rule is that “mentors don’t chase.” He says, “What we are here for is to be an additional resource with industry experience and to provide guardrails, be a sounding board, provide feedback,” adding that the relationship should go on as long as the mentee finds it useful. “It could be for their entire lives, or it could be for a year.”

As a result of his experience with Tom, Thavy is an enthusiastic booster of mentorship. “I’ve found it tremendously helpful and appreciate the mentee process,” he says.

Thavy advises other students: “You should go for all the advice you can get about all the things you want to do in the world. Always go to your mentor first. They’re not going to chase you; you should chase them. That’s how this relationship should work.”

Interested in becoming a mentor to a Puget Sound student? The Alumni Council would be happy to hear from you! Call Haley Harshaw in the alumni office at 253.879.3451.