For more than 20 years, one rite of passage has awaited Puget Sound theatre arts majors each spring—and it isn’t graduation. The Senior Theatre Festival is something of a trial by fire, but Loggers are well prepared to take the stage and not easily singed.

The culmination of two semesters of work, the festival presents multiple full-length, staged productions over several weekends each April and May. The productions are selected, cast, produced, and directed by graduating majors in the theatre arts department, their work serving as their senior theses and capstone projects.

“By the time you’ve graduated in the theatre arts department, you’ve experienced a wide variety of different roles within a particular production or class, or in a research capacity,” says Molly McLean ’19. “You’re seeing many different sides of theater research and production so that you have a really well-rounded approach to understanding theater.”

As one of the leads in The Lady’s Not for Burning by Christopher Fry, as well as the play’s dramaturg, Molly has spent the semester learning, researching, and annotating the show. She even wrote her honors thesis on it. “There aren’t many verse plays in English that are popular other than Shakespeare,” she says. “It’s filled with joy and love, and that’s all expressed through the text. People tend to think of this kind of play as silly or unimportant. What we’re trying to do is crack it open and [find] our way into the play.” 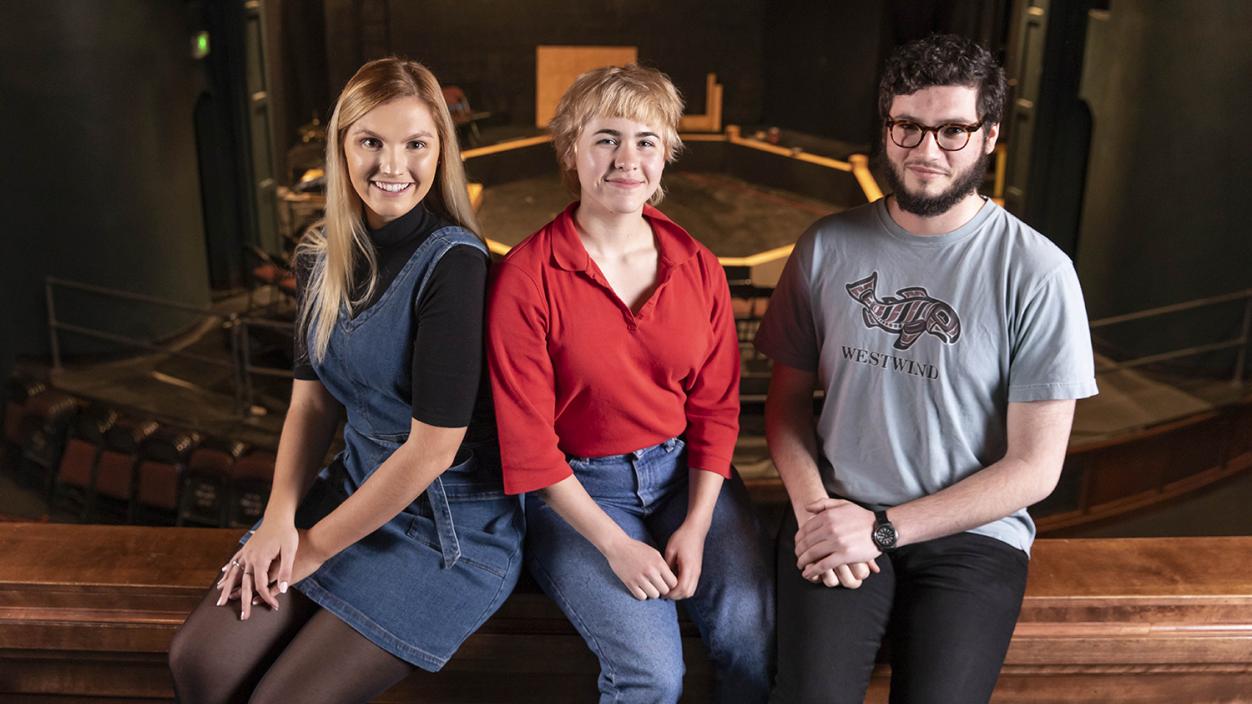 Jack Aldisert ’19 discovered Henrik Ibsen in his junior directing class and “pretty much immediately became obsessed with the guy,” he says. “I just felt that, when I was reading his plays and reading about how he talked about them, they feel—it sounds really cliche—but they feel shockingly alive for having been written mostly in the mid to late 1800s. Reading those plays revealed a lot about how much we’re still operating in the same set of traditions, both in theater and playwriting and just in society in general, that we were at that time.”

Directing Ibsen’s Hedda Gabler has given Jack the opportunity to toy with some of those traditions. In his research, he read that Ibsen wanted his plays to be produced in the language of the day. “I wanted to make production choices that could support that idea, both in terms of how the characters act and speak with each other and dress, but also in different techniques for staging,” Jack says. “My ultimate goal as a director is to get the audience to feel [that they’re] watching a living and relevant work, even though it was written a long, long time ago.”

How I Learned to Drive by Paula Vogel is incredibly relevant, says Carly Dryden ’19, the show’s director. That’s why she and her two leads, Robbie Diaz ’19 and Mckenna Johnson ’19, felt they needed to bring it to the stage—despite its challenging material. The play follows the story of Li’l Bit (Mckenna), a teenager coming to terms with a childhood of sexual abuse and trauma, and Uncle Peck (Robbie), the troubled perpetuator of her abuse.

“It was written six years after Anita Hill, three years after the Violence Against Women Act was signed,” Carly says of the play. “Last year, we had the Kavanaugh hearings, and VAWA was just reauthorized. It’s important to do this show because it’s relevant almost 25 years after it was written.”

Each thesis student faces unique challenges in bringing the Senior Theatre Festival to fruition, but the experience, they say, is worth it.

“It’s our festival, as a class,” adds Mckenna. “I wasn’t just involved in my role and nothing beyond that, but in selecting the play, choosing the design team, collaborating on every aspect of the process.”

“It’s a lot of pressure, but I love it,” says Jack. “It’s definitely been a massive time commitment, and I feel totally responsible for everyone who’s working on the show, but that’s a good thing. I’ve gained a whole new level of understanding and appreciation for what it is that theater does and is. It does such a great job of preparing you for really any job because half of what you have to do to be successful in the department is to be a good team member and be passionate and be there for each other and to contribute.”

The nucleus of campus life, Wheelock Student Center is usually abuzz with activity, teeming with students, faculty, staff, and community members who use the space to socializ... 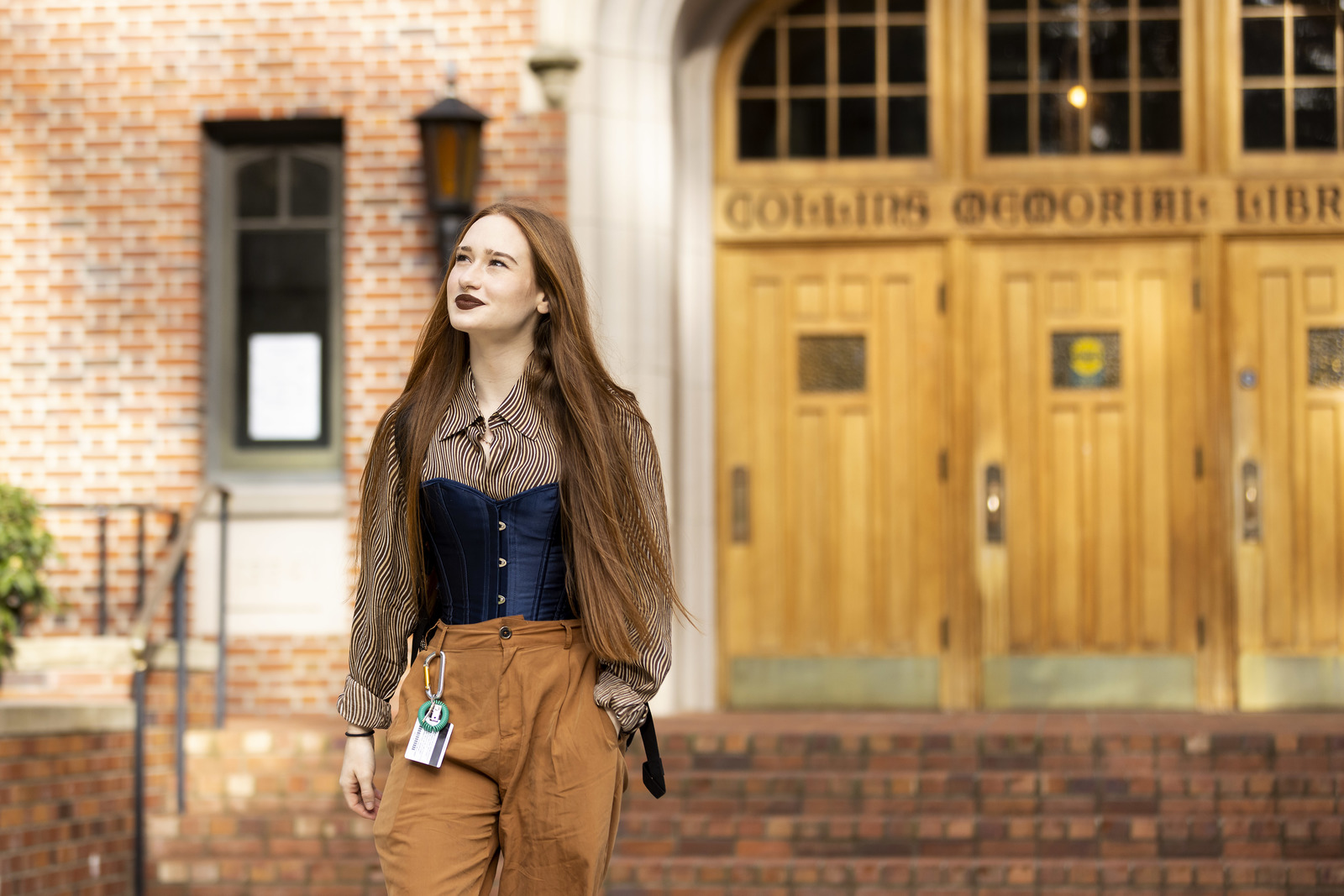 Alanna Volk ’22 is on a mission to end sexual assaults and promote healthy relationships through the power of sex education. Growing up in Oregon, she was taught a science-ba...