Academia is in Steven Neshyba’s DNA. The son of an oceanographer, the chemistry professor recalls that dinner table conversations while he was growing up were always very intellectual. “My father ... did a lot of work in the Arctic and the Antarctic, so when he brought that home, that kind of got into my blood,” he says. Neshyba’s research centers on ice, specifically ice in clouds and how global warming is changing the makeup of that ice. In the classroom, he has received attention for his “class flipping” approach to teaching, which challenges traditional higher education models. We sat down with him to talk about this approach to learning, his research, and how the field of chemistry is changing. 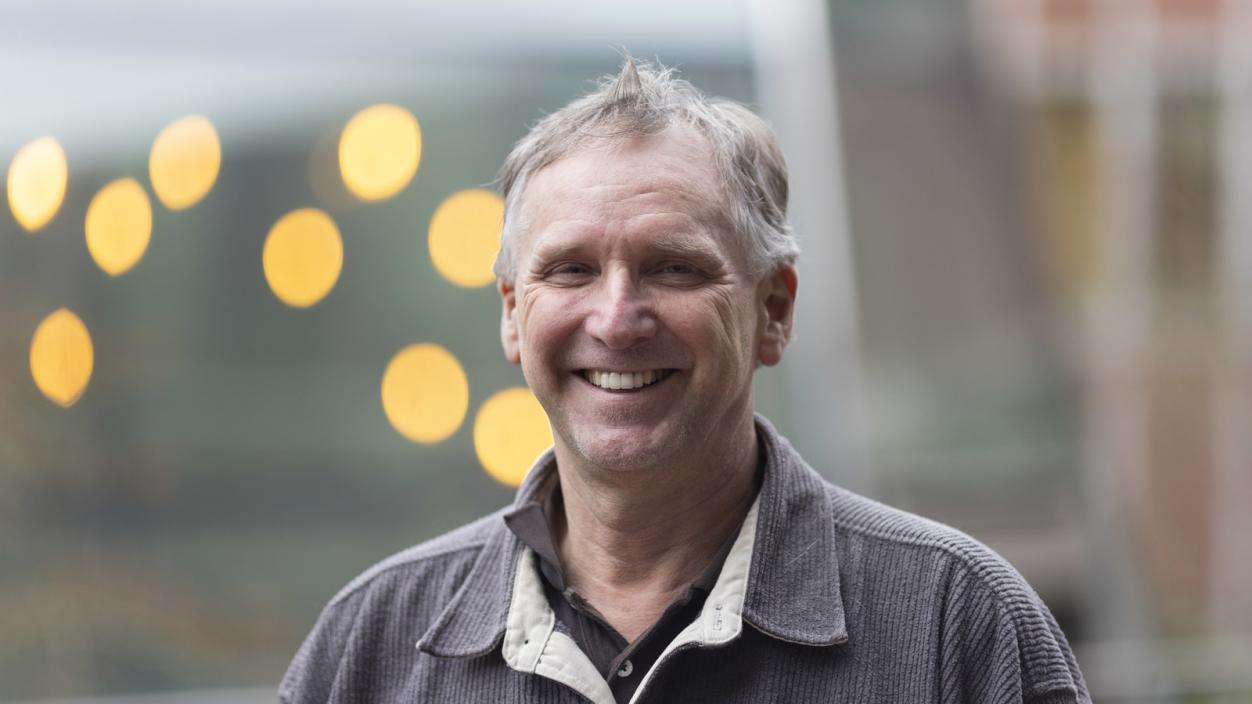 Professor of Chemistry Steven Neshyba utilizes a "flipped classroom" teaching method to make the most of classroom time for hands-on learning.

Q: When I think of chemistry, I don’t think of ice. How did you come to focus on ice, specifically on its role in the global climate?
A: During a sabbatical back in 2008, I had a collaboration with a couple of professors at University of Washington. They were studying how clouds made of ice crystals—cirrus clouds—reflect light. The connection to the climate was that ice crystals of different shapes in the atmosphere reflect light differently. A huge part of the energy budget of the Earth is about how much sunlight bounces off the surface and never gets absorbed. Right now, 30 of every 100 photons that get to the Earth are never absorbed, so those 30 don’t heat up the Earth. We are changing the climate by changing cloud coverage and the shape of ice crystals. After that sabbatical, what became obvious to me was that we needed more measurements. So, the approach I came up with was to use the scanning electron microscope, putting a cold slide on there and basically growing ice crystals in that microscope. We could manipulate them, try to change the shape, see how rough the surface is, etc., and figure out how the light reflects differently.

Q: You have implemented, written about, and taught workshops about “flipping” classes. What does that mean and why do you do it?
A: The idea of classroom flipping really came out of high schools. My sister is a high school science teacher in Washington, and she put me onto the idea. The basic idea is discovering how to make your teaching methods better for active learning. In other parts of the university, typically, professors have solved that problem by assigning a reading, for example, and then discussing that reading in the classroom. Sciences have not really followed that pattern. The pattern that has evolved in the sciences is that I, as the professor, will lecture to you and lay out theoretical ideas and then you, the student, will go home and do some homework problems. The idea of a flipped classroom asks why don’t I deliver my ideas to you as the teacher by some other mechanism, such as a video, and then, when we meet, that’s when we’ll do the homework? That’s where the term “flipped” comes in, because it inverts the actual sequence.

Q: You’ve mentored more than 60 students since becoming a professor at Puget Sound and co-authored published papers with more than 40 of them. What is it like working so closely with students on these projects that hold so much weight for you as a professor?
A: My model for working with students has always been collaborative—everyone brings something important to the table. That’s different from a model where, for example, I give my students tasks and they fill test tubes or whatever. It’s never been like that. A great example was few years ago, I had a collaboration with a high school teacher at Lincoln High School. Students came during the summer, and we had them growing ice crystals in a microscope and taking 2D images and constructing a 3D model. And then we thought, well, we have all these students familiar with virtual reality, so can we create 3D crystals in a VR world and make it interactive? It was a collaboration because I didn’t know the first thing about VR. I had the budget to buy the equipment, but it was the high school students with all their gaming and software experience and skills, who made it work.

Q: On a similar note, how do you approach teaching? Have you been forced to evolve over nearly 30 years as a professor?
A: In the classroom, I have really gravitated toward using modern tools of the trade. In chemistry, there are now tools available that I didn’t have when I got my undergrad degree. It’s silly to try to teach chemistry the way I learned it 40 years ago. Not everyone agrees on how chemistry should be taught, but I’m much more on the side of giving students the modern tools and backtracking to fundamentals if needed.

Q: Who are you outside the classroom?
A: I have long been involved in musical theater and perform with the Puget Sound Revels. Right now, we’re doing a show centered around the classic notion that the natural cycle of life in communities is that winter comes and people are worried and huddle together, and then the sun comes and everything is going to be OK. The show we’re doing is all about how that looked to French-Canadian fur trappers. 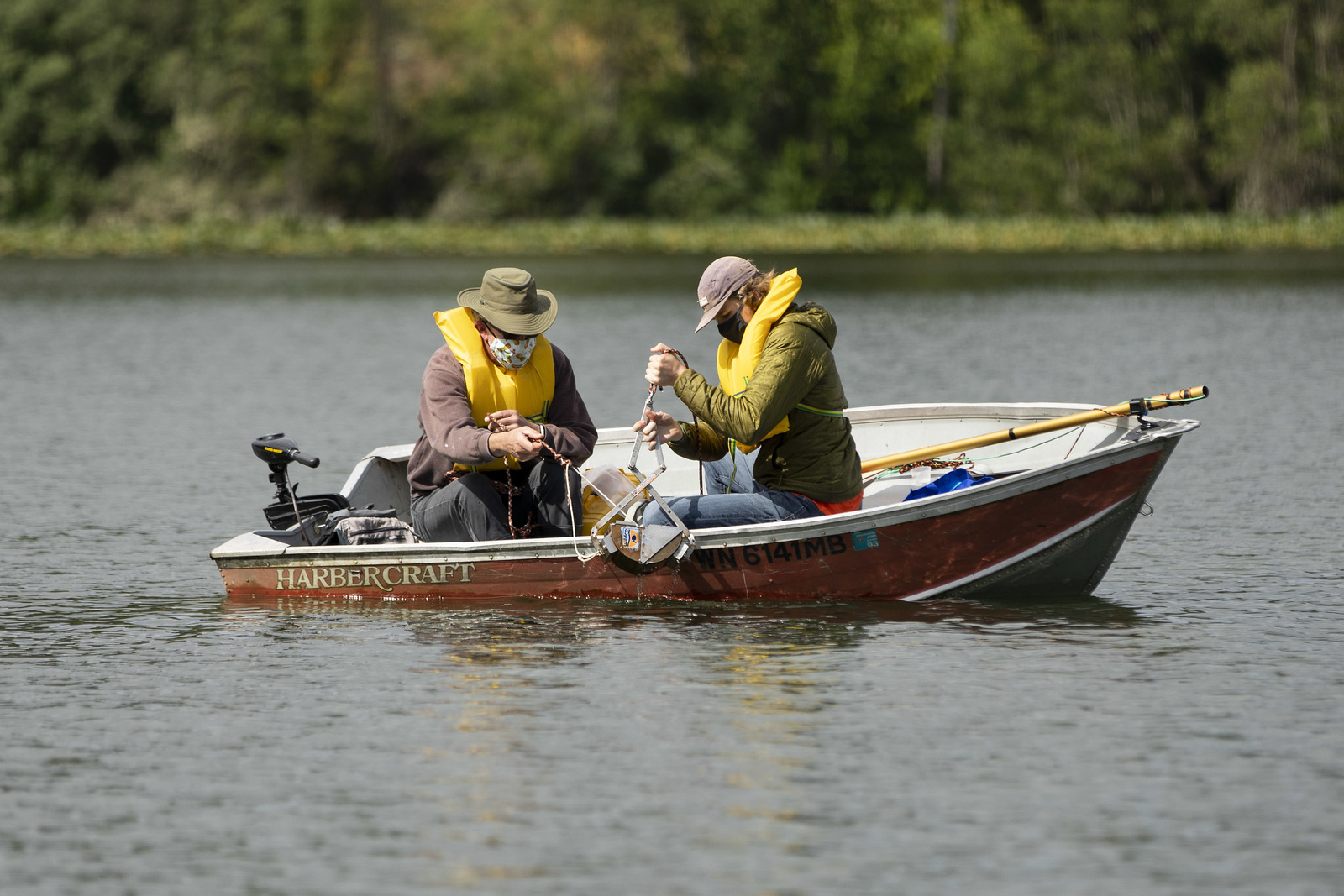 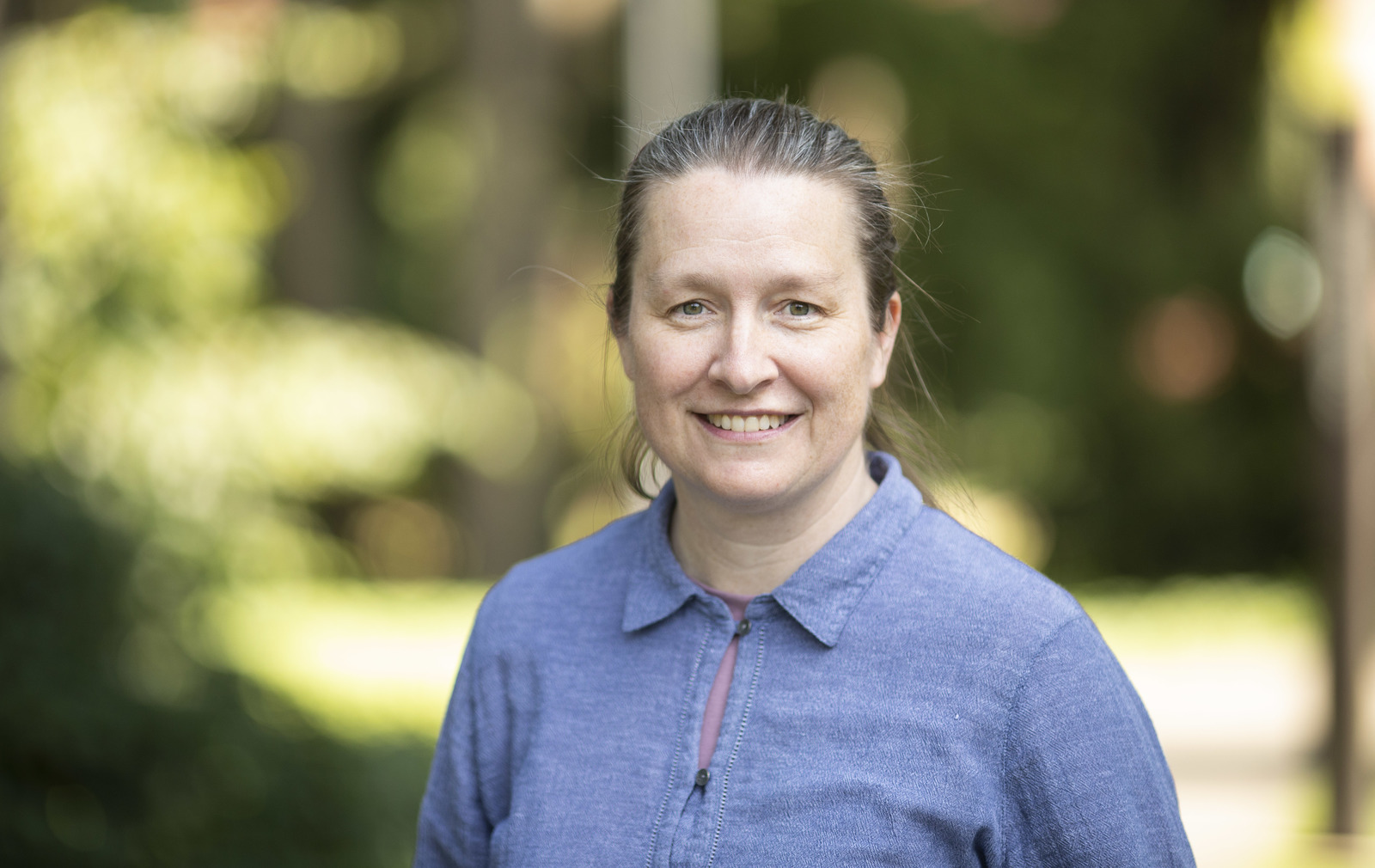 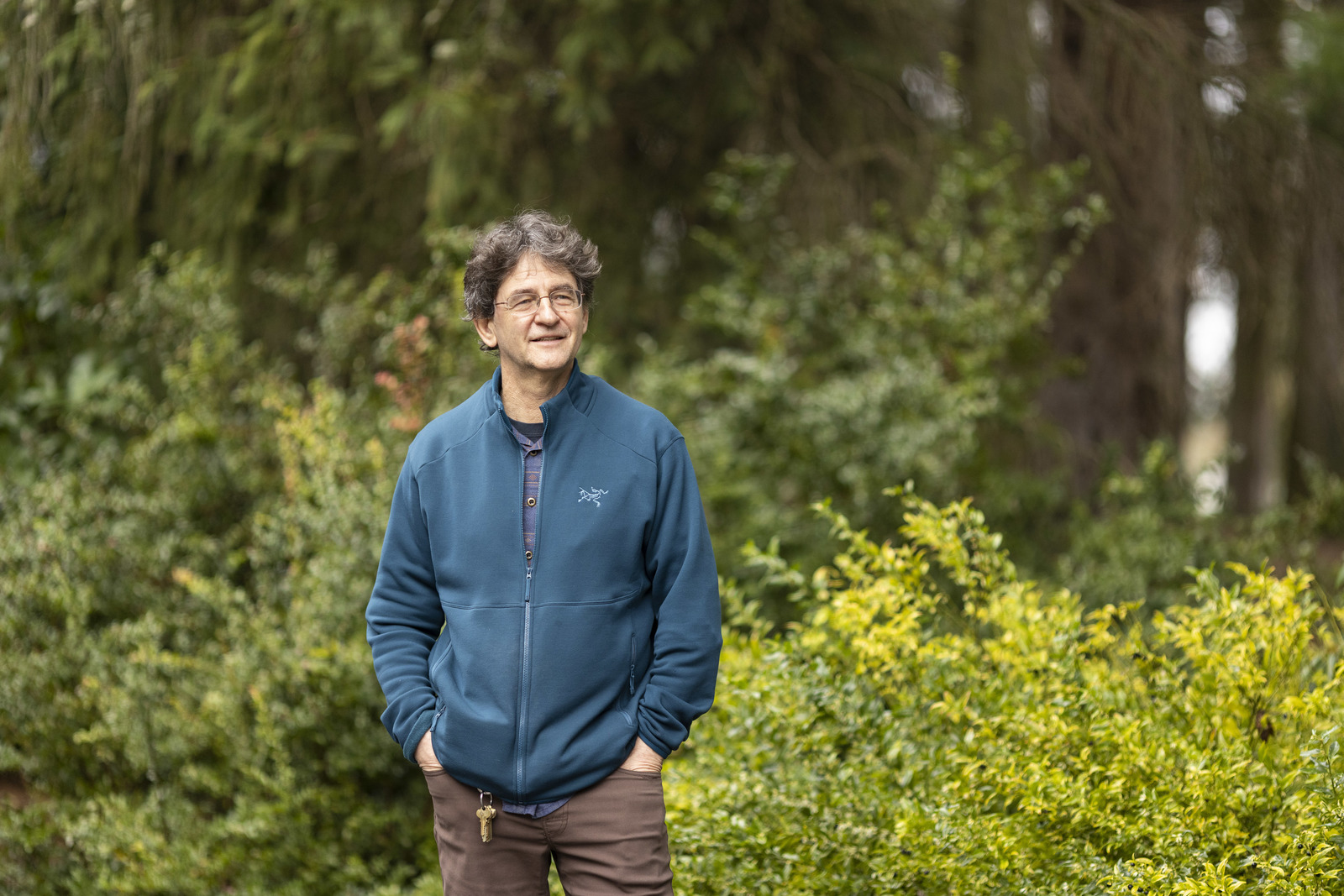 Professor Peter Wimberger is fascinated by the complexity of the natural world, whether he’s studying the impact of birdfeeders on the evolution of hummingbird size or invest... 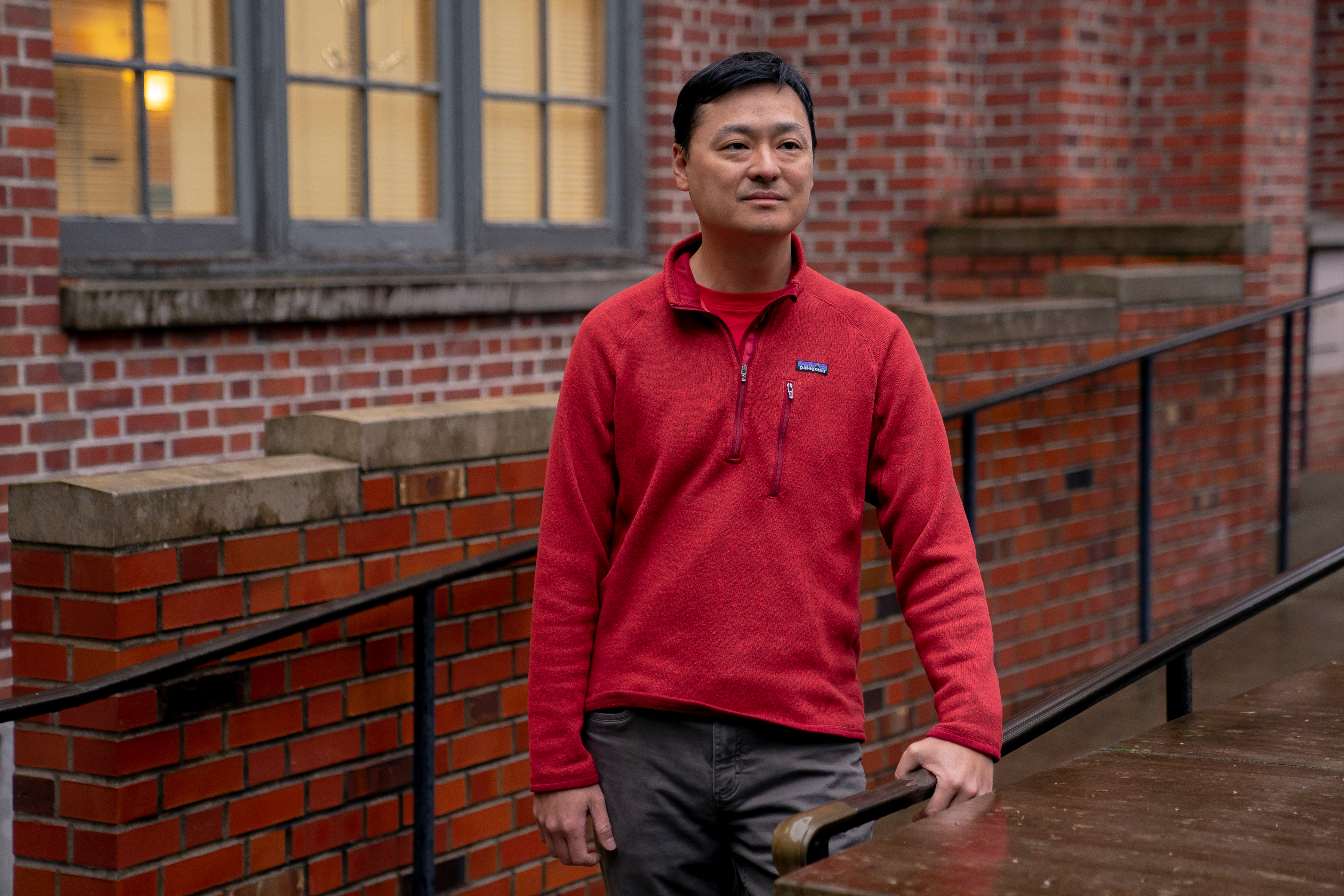 Professor of Computer Science David Chiu taught his first class at the age of 22, when he was still younger than some of his students, and immediately fell in love with highe...