Louise Jayko Rains ’41 died March 18, at the age of 101. After graduating from Puget Sound, Rains began a teaching career that spanned nearly three decades. She married her first husband in 1946, and four years later, the couple moved to Malott, Wash., where they ran an orchard and raised cattle. In 1964, after the death of her husband, Rains continued to work the orchard with her three sons. In 1968, Rains married her second husband, with whom she was able to enjoy a happy retirement, traveling throughout North America and Mexico.

Betty Nutting Duvauchelle ’51 passed away March 6. She was 91. She graduated from Wenatchee (Wash.) High School and Wenatchee Junior College before earning her education degree from Puget Sound. Enticed to the small island of Molokai, Hawai`i, by the opportunity to teach at “a barefoot school,” Duvauchelle began teaching shortly after graduation. In 1956, she returned to Wenatchee, teaching in numerous area schools and staying active in her local church, where she served as a Sunday school teacher, choir and bell choir director, deaconess, and elder. In retirement, Duvauchelle traveled internationally and throughout the U.S., and in recent years, she was an active volunteer for CASA, advocating for abused and neglected children.

Mitchell Washburn ’51 died July 2, shortly after celebrating his 95th birthday. Growing up in Tacoma, Washburn was drafted toward the end of World War II, between his junior and senior years of high school. He survived an enemy attack in battle with a gunshot wound and received the Purple Heart. When he returned from the war, he graduated from Lincoln High School and Puget Sound, opening University Place Insurance Agency, which he ran until selling the business and retiring. As a community member, Washburn was active in University Place Presbyterian Church and served as a founding member and president of Tacoma Narrows Rotary Club. He is survived by the love of his life and spouse of 73 years, Eloise Howe Washburn ’50, and their children, grandchildren, and great-grandchildren.

Born and raised in Tacoma, Maureen Dessen Maberry ’53 graduated a year early from Stadium High School before attending Puget Sound on a full-ride scholarship. A cheerleader on campus, she met and fell in love with a basketball star, William Maberry ’53. The couple were married and raised five children. A loving wife and homemaker, Maberry also was active in her church, teaching Sunday school and leading youth groups for decades. She was named the Lynden Tribune Woman of the Year and was famous for her delicious cinnamon rolls. Maberry was preceded in death by husband William, aunt Evelyn Swanson Stein ’39, P’72, and cousin Debora Stein Munson ’72, P’06, and is survived by her children, grandchildren, and scores of kids she “mothered” over the years. She died July 4, at the age of 88.

Longtime Alaskan John Contento ’67, P’94 passed away May 11. He was 76. At Puget Sound, Contento was active in the Kappa Sigma fraternity and graduated with a degree in business. In the late 1960s, he joined the Alaska Air National Guard and was stationed at Kulis Air National Guard Base Anchorage. After his service, he managed the Northward Shoe Store in downtown Fairbanks, Alaska, before switching careers in 1989 to become a real estate appraiser. A legendary storyteller, Contento loved playing and listening to music and performed in various bands throughout college and his adult life. He is survived by brother Gary Contento ’73, son Nick Contento ’94, daughter Angela, and extended family and friends.

Brian O’Neill ’67 died unexpectedly April 16, at the age of 79. He was born in Honolulu, where his father, a Navy pilot, was stationed during World War II. After graduating from Puget Sound, O’Neill opted for military service, himself, joining the U.S. Marine Corps. As a Marine, he flew medevac helicopters in Vietnam, then transitioned to flying jets until his retirement in 1987. In retirement, O’Neill and his wife of 43 years, Mary Alice, went on numerous sailing adventures, including a circumnavigation. They visited many of the WWII sites where his father served, and helped out island schools along the way. O’Neill will be remembered for living life to the fullest and being always at the ready to offer assistance to those in need.

Born on leap day, Roger Calhoun M.B.A.’70 grew up on a farm in Graham, Wash., where he learned the work ethic for which he would come to be known. He attended Central Washington University and Washington State University, then worked for Boeing for six months prior to being drafted into the Army and being stationed in Germany. At the completion of his service, Calhoun finished his undergraduate at WSU, then earned his master’s degree from Puget Sound. He took a position as a loan officer with Federal Land Bank, launching a career that lasted more than 35 years and saw him retire as senior vice president of corporate accounts for NW Farm Credit Services. A traveler and outdoorsman, Calhoun loved skiing, hiking, backpacking, and anything that would get him out in the fresh mountain air. He died July 31, at the age of 77.

After graduating as high school valedictorian, Stephen Urata ’73 attended Puget Sound, ultimately graduating from University of Washington with a degree in accounting. Had he not become an accountant, he could have been a world-class chef, creating tasty meals with his treasure trove of spices and preparing full-to-bursting packets of candy for trick-or-treaters each Halloween. He died May 24.

George Templeton M.P.A.’74 passed away July 13, at the age of 85. The second eldest of seven, Templeton was born in Atkins, Ark., and went on to earn a Master of Social Work after completing his Master of Public Administration at Puget Sound.

Paul Berndt ’75, P’91 died Aug. 6. He was 83. Born in Yakima, Wash., Berndt was attending Washington State University when the death of his father prompted him to return home and become a third-generation apple grower. Years later, he leased the apple orchard and joined the Washington State Patrol as a trooper. He covered Stevens Pass for 11 years, and went on to be a sergeant in Bellevue and Yakima before finishing his 26-year patrol career as a lieutenant. While in the patrol, he completed his college degree as a Logger. At age 75, Berndt began a third career as a realtor, finding great pleasure working right up to the time of his death. He is survived by wife Jean, son Greg, son Jeffrey Berndt ’91, and extended family and friends.

William Peltola ’77 died recently in Auckland, New Zealand. He grew up in Aberdeen, Wash., and went on to attend University of Southern California after earning his bachelor’s degree at Puget Sound.

James Rambaldini ’80, J.D.’84 died June 17. He was 63. After graduating from Mercer Island (Wash.) High School, Rambaldini attended Puget Sound, where he met his love of 41 years, Lynn. He was an active member of his fraternity, serving as rush chairman and president, and graduated with a degree in business administration before earning his law degree. After a brief career as an attorney, he transitioned to wealth management, where he enjoyed a 33-year career as a financial advisor. Rambaldini loved attending his children’s sporting events, concerts, and special events. He was an active outdoorsman, skiing, running, biking, and swimming, and even accomplished his life goal of running with the bulls in Spain. Rambaldini is survived by wife Lynn Tomlinson ’80, three children, and extended family and friends.

Arthur Thomas M.B.A.’80 died July 18, at the age of 86. Before earning his M.B.A. at Puget Sound, Thomas completed a bachelor’s degree in forestry at Michigan State University. When not working for the U.S. Forest Service or Green River Community College, he enjoyed woodworking, making all manner of furniture and wood strip boats. He was a gardener and rower, rowing every morning except Sundays. When last checked, he had rowed a total of 73,447,377 meters. Together, Thomas and his wife, Arlene, raised two children and enjoyed 63 years of marriage. 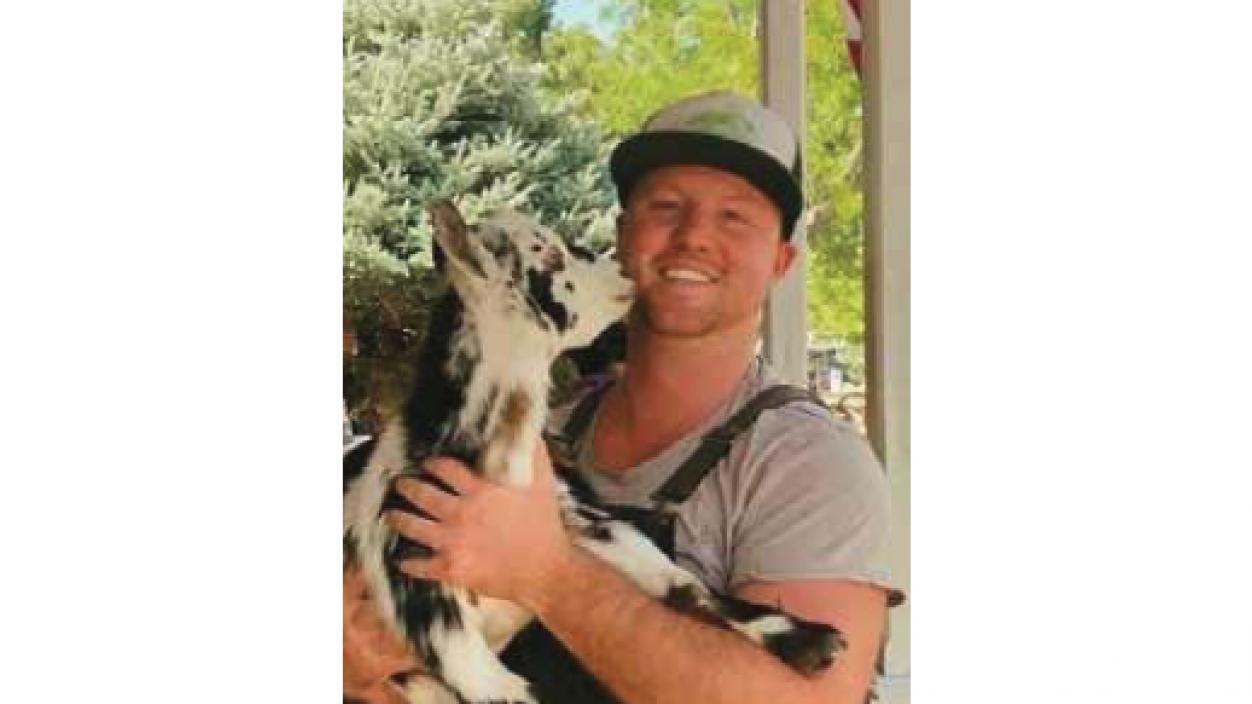 Nick Cochran ’15 loved the water—he loved to swim, scuba dive, surf, and fish. As a biology major at Puget Sound, he founded and was president of the Ocean Intellect club and was a leader in the South Sound chapter of the Surfrider Foundation, a nonprofit whose goal is to protect “the world’s oceans, waves, and beaches.” He also did an internship with the foundation, helping with the Washington Recreational Use Study. Cochran played catcher on the Loggers baseball team and was involved with the Passages program during the annual orientation week in the fall.

A California native, Cochran moved back to his home state after graduation and was working for the San Jose Fire Department—his goal was to become a full-time firefighter—when, in October 2019, he was diagnosed with Ewing’s sarcoma. Through chemotherapy, then surgery, then more surgery and chemotherapy, “Nick fought harder than any of us could imagine,” wrote his friends and family on his GoFundMe page. Cochran died on June 4, 2021. He was 28 years old. A tribute on his GoFundMe page said, “Nick is a shining example of what we should all strive to be every day: live life in the moment, treat everyone with dignity and respect, and always follow your dreams.”

John Mallanda M.B.A.’83 died Aug. 12. He was 75. A native New Yorker, Mallanda was a graduate of Manhattan College and New York University, in addition to Puget Sound. A committed sports fan and athlete, he achieved a black belt in karate while working in Japan and enjoyed running, even completing marathons. He worked as an electrical engineer in the nuclear power industry for nearly 50 years.

James Brindle ’85 passed away July 25, at the age of 58. Growing up one of six brothers in Shoreline, Wash., Brindle earned his bachelor’s degree in Asian studies with an emphasis in marketing at Puget Sound. On campus, he was an active member of the Sigma Alpha Epsilon fraternity and participated in the Pacific Rim Study Abroad Program. A family man, Brindle and his wife, Kathy, raised three children and spent much of their free time together, playing tennis, finding new restaurants, and being active church members. In 2019, he retired after more than 30 years at Deere & Company. Brindle is survived by his mother; wife Kathy; three children; four of his brothers, including Daniel Brindle ’89; and beloved nieces and nephews.

Boise, Idaho, native Barbara Vandenburg Darcy ’86 died July 26. She was 57. Remembered as a very petite lady with an enormous heart, Darcy was a talented musician, dedicated mother, and loyal friend. After earning her bachelor’s degree from Puget Sound, she obtained her teaching certificate from University of Washington and began playing clarinet with the North Seattle Community Band, where she met a fellow clarinet player and fell in love. During the course of their 29-year marriage, Darcy and her husband, Paul, played in several bands and ensembles together and raised two sons.

Elizabeth Palmer Grabler ’94 passed away Aug. 8, at the age of 62. Born at Dover Air Force Base, Grabler grew up all over the U.S. and graduated from Curtis High School in Tacoma before earning her bachelor’s degree at Puget Sound. She spent her career at Group Health Cooperative and Pierce College, and will be remembered for her great sense of humor, love of the holidays, and generosity of spirit.

Correction: In the obituary for David Ernst ’56 in our spring issue, we erroneously stated that his former spouse Bev Sale Ernst ’58 predeceased him. She is, in fact, alive and well. We regret the error.