These Loggers recorded a podcast to document their first-year experience in the midst of COVID-19.

For students who started college in fall 2020, the first semester of their first year was nothing like they expected. Unable to live on campus or take in-person courses, incoming Loggers instead got to know their professors and classmates online. That’s how Jojo Marshall ’24 found herself sitting at her family’s kitchen table late at night, reading from a script into the voice memo app on her smartphone.

Marshall was making a podcast episode as part of the final project in her Guide Puget Sound course. Guide Puget Sound is a new course designed to help first-year students make the transition to college while building community and skills for academic success. At the end of the semester, the students got to create their own final assignment.

“The only requirements were that it was collaborative and student-driven,” said Greta Austin, professor of religious studies and interim co-director of the Gender and Queer Studies Program, who taught the course. “I suggested the NPR college podcast competition, and they really ran with it.”

Together, the class divided up the work of creating a podcast episode about the COVID-19 pandemic—an issue impacting all of their lives. Marshall took on the role of the host, helping to weave together first-person narratives from her classmates alongside segments about the global effects of the pandemic and the history of the 1918 Spanish Flu pandemic.

“I hosted a radio show for my high school radio station where we discussed Disney music, so I had a little experience, but I’d never done anything quite like this before,” Marshall said. “I really enjoyed the process of interviewing each guest, unpacking and dissecting what they said, and, overall, I think this project helped me connect with my classmates on a deeper level.”

Abby Pierson ’24 had never produced a podcast before working on this assignment as the group’s editor. As a musician, she found that a lot of the skills she’d taught herself by writing music on her computer translated well to audio storytelling. Pierson also composed and recorded the music that plays during the episode.

“Since none of us could record together, I didn’t know what each person was going to send me until I got the file,” Pierson said. “I listened to everything and grouped clips together to tell a cohesive story. Then Jojo and I coordinated to figure out how to synthesize it.”

While the students ultimately chose not to enter their podcast in NPR’s competition, they’re still proud of the final product. For Pierson, who spent the entire fall semester attending class through Zoom from her home before moving to campus in the spring, working on the podcast helped her connect to Puget Sound and feel like she was a part of the community.

“It was so helpful for me to be in GPS because I was feeling very isolated at home,” Pierson said. “I gained a sense of solidarity with my peers in the class, and it’s nice to feel like I know people on campus now that I’m actually here.”

As for whether they’d be game for recording a follow-up to the podcast, both Marshall and Pierson expressed interest in reuniting for a second episode.

“Definitely,” Marshall said. “Everybody has different COVID stories, and this was ours. We focused on our own experience, but I would like to explore other perspectives. That would make an interesting episode two, if we ever do one. Who knows?” 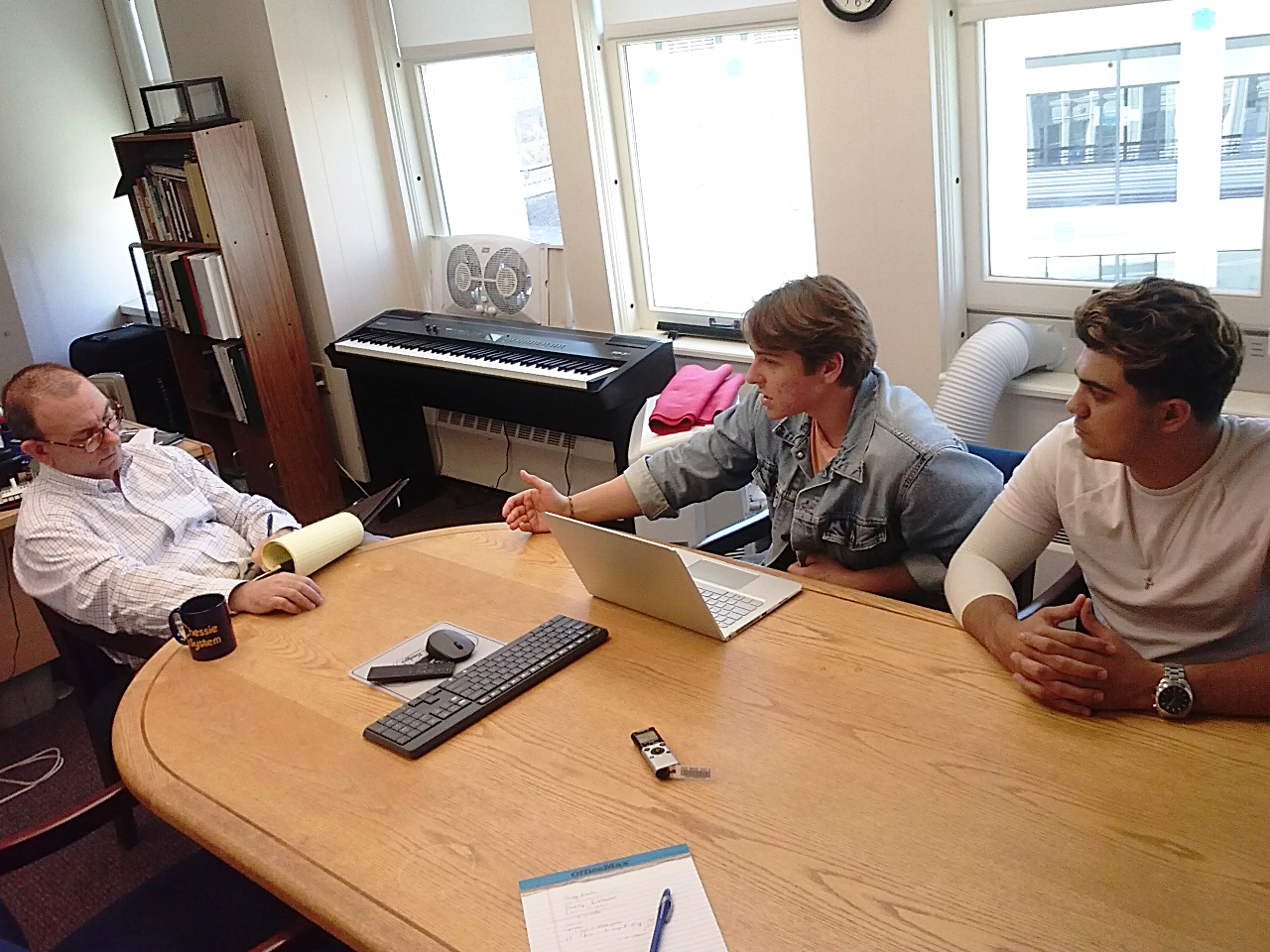 What kind of problem sounds just too big for three college students to tackle? Maybe this one: Symphony orchestras nationwide are in crisis. Their audiences are shrinking a... 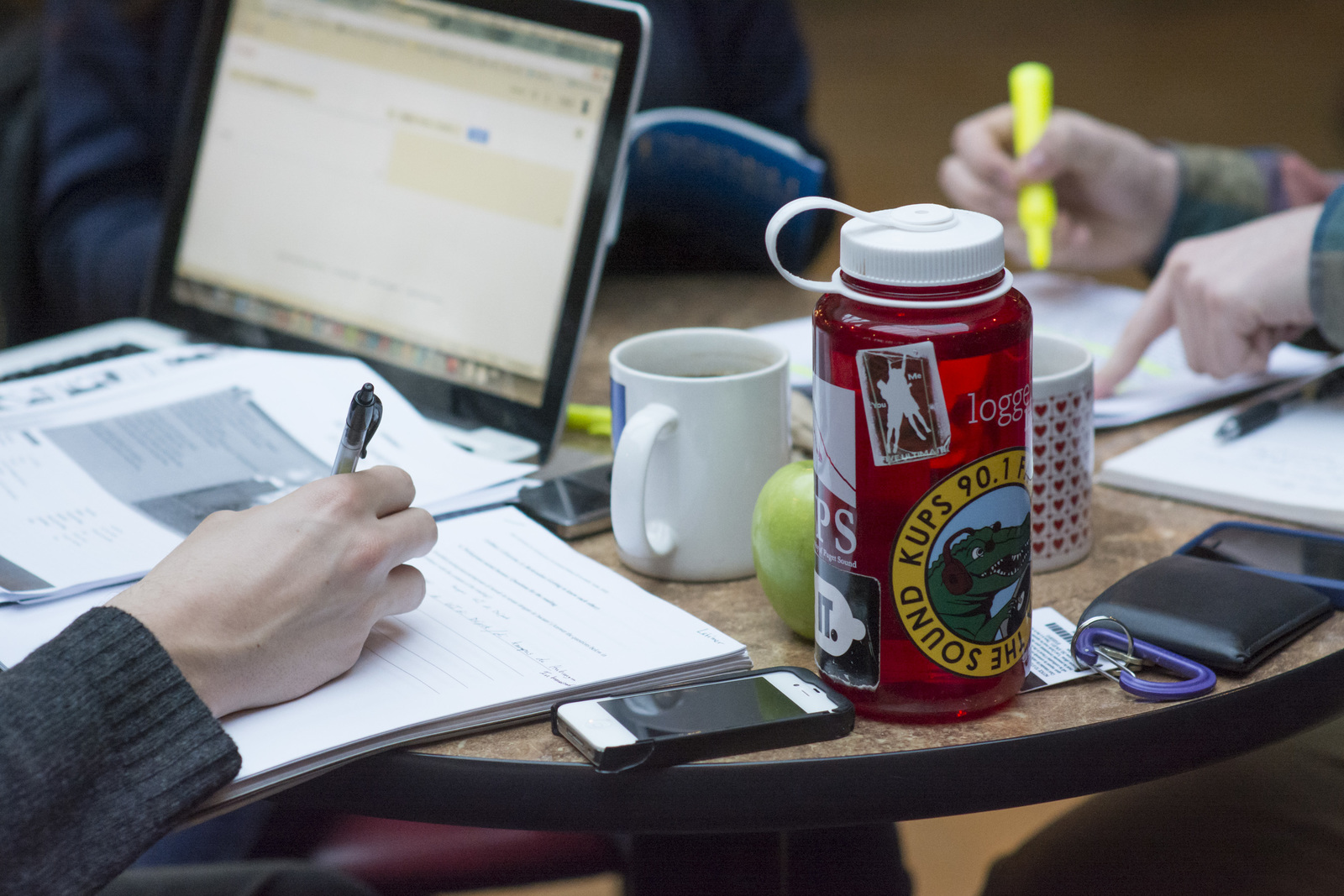 Jumping Right In Juliano Estrada Donatelli ’21 is passionate about writing, community, and education. He spen... 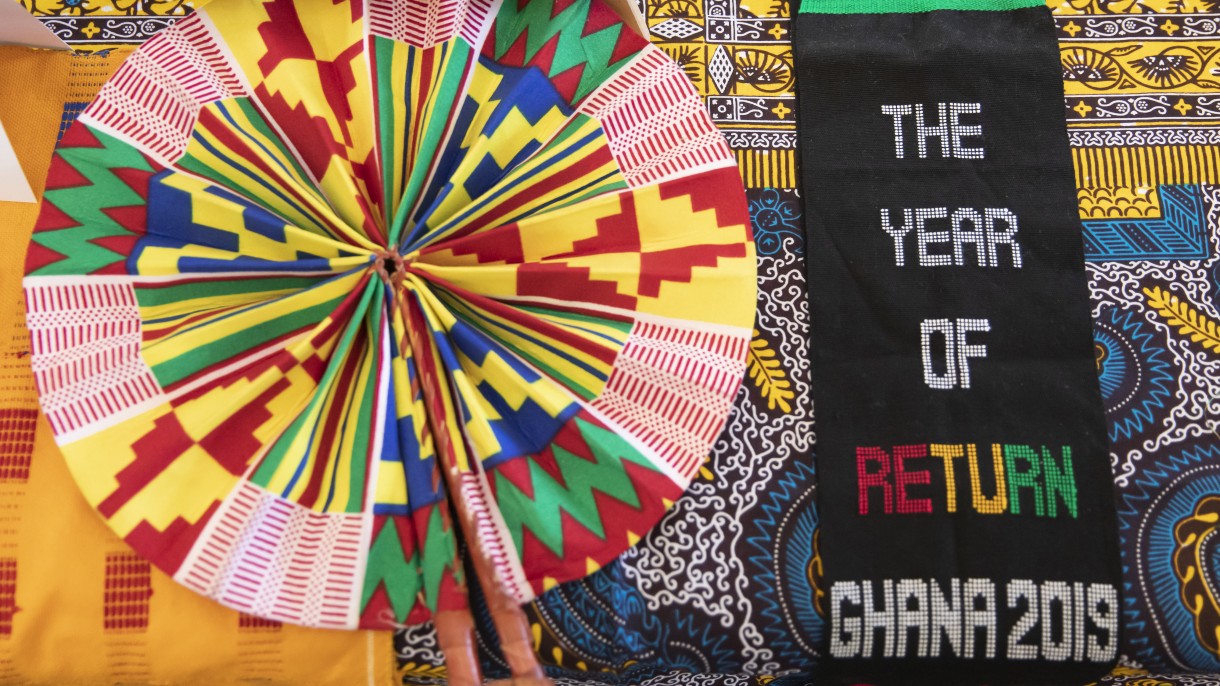 This is an expanded version of the roundtable discussion that appeared in the spring 2020 issue of Arches. The history of Ghana, on Africa’s western coast, is, in pa...

Citizens of the World

This year, 10 Puget Sound students were selected as semi-finalists for the highly competitive Fulbright U.S. Student program, more than in any previous year. We talked to som... 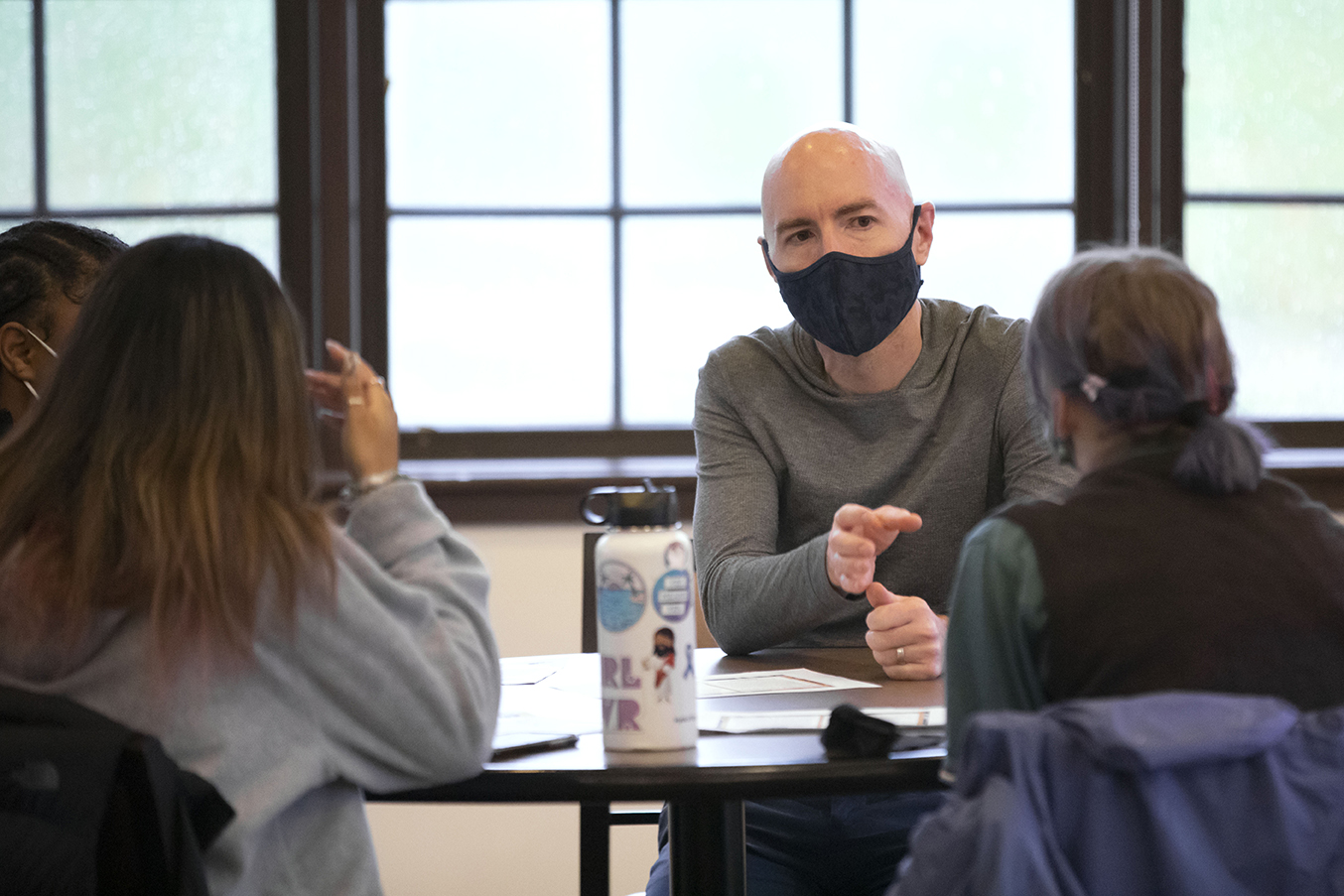 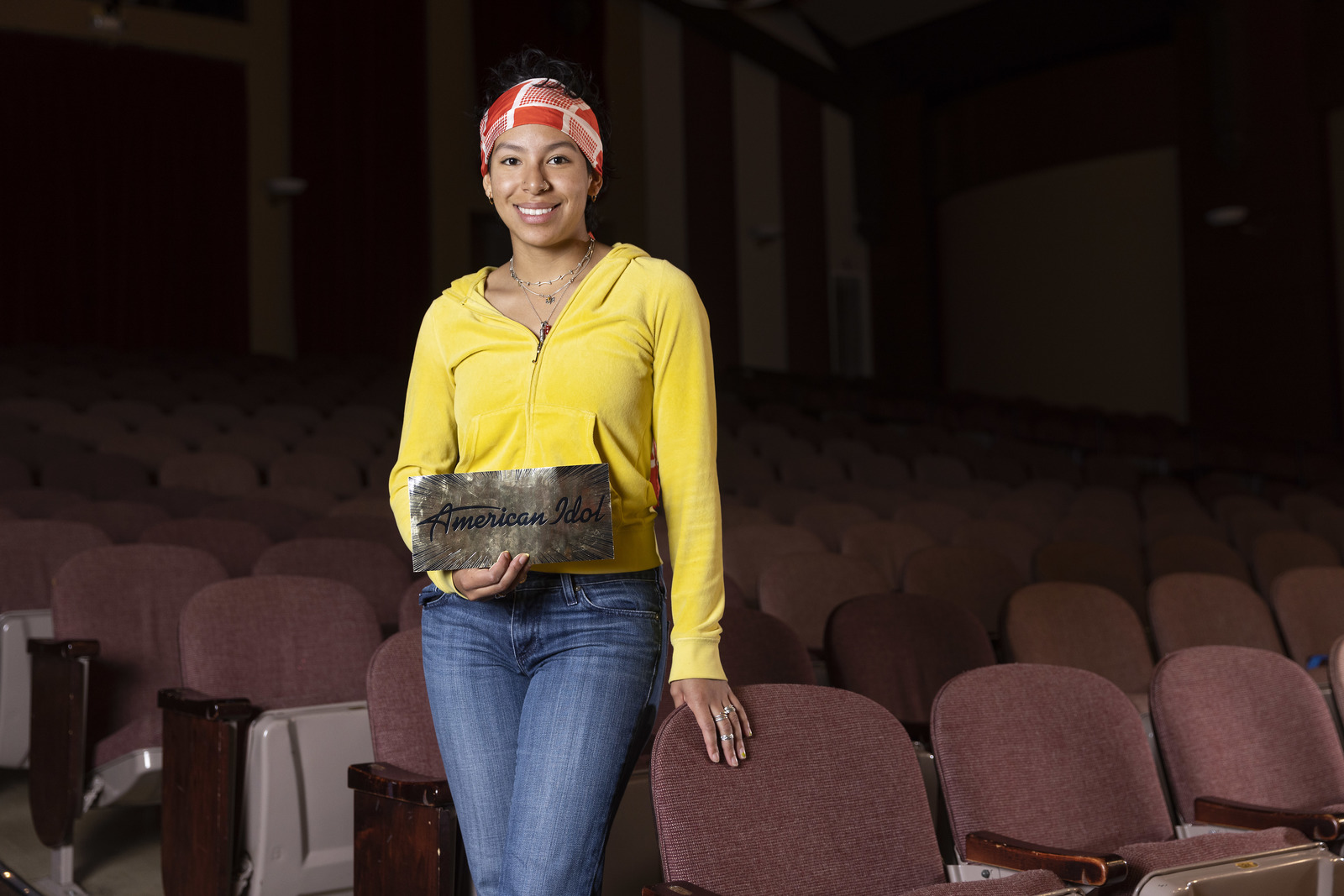 For Zia Kloetzel ’25, who goes by the stage name Zia Blue, the journey to American Idol began on Instagram. In June 2021, just a couple of months before arriving on campus fo...

Many Tacoma residents may not be aware that one of the country’s largest immigration detention centers is in their city. Evan Eurs ’18 certainly wasn’t before he began an i...