Tacoma, Wash. – Incoming first-year students Nora Panoscha of Portland, Ore., and Dominique Langevin of Coronado, Calif., have been named University of Puget Sound Lillis Scholars. The university's most prestigious and competitive award honoring incoming students for their academic excellence, the Lillis Scholarship covers tuition, fees, and room and board for up to four years.

Lillis Scholarships are generously funded by a gift from Gwendolyn H. Lillis P’05 and Charles M. Lillis P’05 through The Lillis Foundation. Lillis Scholars thrive on learning and exploring ideas, and are chosen for their outstanding academic performance, intellectual independence, and drive to pursue excellence throughout their lives. Panoscha and Langevin are members of Puget Sound’s Class of 2026 and join a cohort of 28 Lillis Scholars named since the program began awarding the scholarship in 2008. 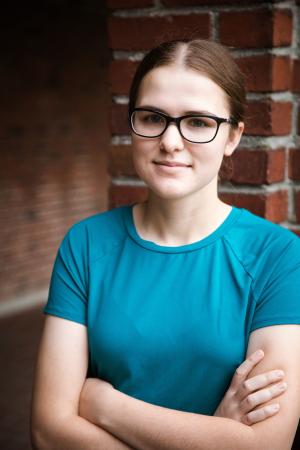 Nora Panoscha ’26 (she/her) returned to the Pacific Northwest to attend Puget Sound after spending a gap year working with AmeriCorps in a rural Arkansas community following graduation from high school. Panoscha holds dual citizenship in the United States and United Kingdom, and attended high school in Portland, Ore., where she competed in mock trials as a member of her school’s Constitution Team at the district, state, and national levels. She also participated in the Young Reed Scholars Program at Reed College, where she studied French.

Beyond the classroom, Panoscha has a strong interest in athletics, competing in track and field as a pole vaulter while in high school. She has been a competitive mountain bike racer for eight years, securing a place among the top 10 in her category in the state of Oregon. Photography and music also rank high among Panoscha’s extracurricular passions. She has studied drums and cello for the past five years.

During her time at Puget Sound, Panoscha looks forward to pursuing studies in marine biology and environmental policy and decision making. 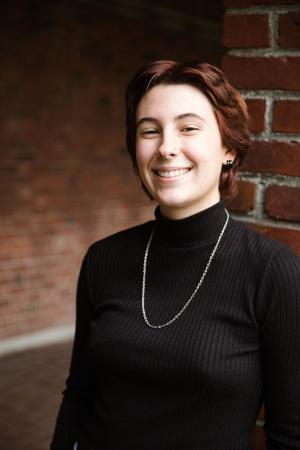 Dominque Langevin ’26 (they/them) has a passion for the arts and is an advocate for gender and sexuality issues. In their college essay, Langevin wrote about their personal experience as someone who is nonbinary and the journey they have taken to live authentically with a fluid gender identity. In high school, they served as an arts ambassador, provided outreach to middle schools, participated in fundraising, helped to organize arts events, and held the roles of treasurer and president of the Gender/Sexuality Alliance.

Langevin holds dual citizenship in the United States and Canada, and completed high school in Coronado, Calif., where they competed on the trivia team—the Coronado High School Academic League—were a member of the National Honor Society, and participated on the varsity beach volleyball team.

Langevin aspires to become a clinical psychologist and plans to study biology, psychology, and neuroscience while at Puget Sound.

About the Lillis Scholars Program
The Lillis Scholars Program was established in 2007 through a generous gift made by The Lillis Foundation to recognize academic excellence and encourage intellectual independence. Gwen Lillis P’05 is chair of The Lillis Foundation, a trustee of University of Puget Sound, and chair of the board of advisors at University of Oregon’s Lundquist College of Business. Charles Lillis P’05 is former chair and chief executive of MediaOne Group, founding partner of LoneTree Capital Management, and former chair of the board of trustees at University of Oregon. The Lillises are the parents of Puget Sound alumna Jessica Baker Isaacs ’05. Each year, two Lillis Scholars are selected from the incoming first-year class.

For information about eligibility for the Lillis Scholars Program, contact the Office of Admission at 253.879.3211 or visit pugetsound.edu.