When people walk into the Jenkins Johnson Gallery, a few steps from the bustle of San Francisco’s Union Square, they enter an eclectic space.

There is sculpture, mixed media, playful photo-realism, and the breathtaking photography of the late Gordon Parks. Some of the works are political, confronting the viewer with unexpected juxtapositions, like a Muslim woman wearing an Hermès scarf as a veil. Others reflect the joy and sensuality of summer. They all come together seamlessly through the discerning eye of Karen Jenkins-Johnson ’82.

For 25 years, Karen has built an international reputation as a gallerist committed to elevating artists of color—artists who had long been shut out of the art world. In a realm that she finds is often dominated by white male gatekeepers, she has gotten the work of diverse artists into museums, private collections, and other places where it had never been seen before. 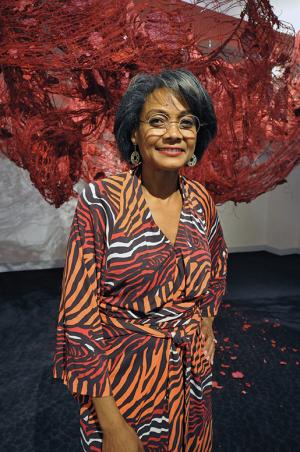 The youngest of William K. and Fannie Mae Jenkins’ five children, Karen grew up in Portland, and was the first of her siblings to go to college. Her father, who served in the Korean War and was the first black officer to lead Marine troops in combat, was a tough and practical man who taught his children a strong sense of self-sufficiency. Karen chose Puget Sound for its academic reputation and its relative closeness to home, among other factors. She chose a business major and joined the Kappa Alpha Theta sorority, where she was only the second African American member of the campus chapter.

It was Puget Sound’s core curriculum that had the greatest impact on Karen’s career path. In art history she studied five centuries of paintings, from the Renaissance to the early 1900s. “I learned how art came to be, the history of those times, the influence of the church and wealthy benefactors,” she says. “It gave me an intellectual basis for how to view the world.” The next summer, staying with family in Washington, D.C., while working a summer job, she spent her free hours exploring museums. The National Gallery had an exhibit of post-Impressionists: Manet, Monet, and others she had studied. Seeing the paintings in person made Karen’s spirit take flight. Still, even though her heart told her to study art history, “I didn’t see any clear, solid path there to being able to pay my rent.” She stuck to her business major. 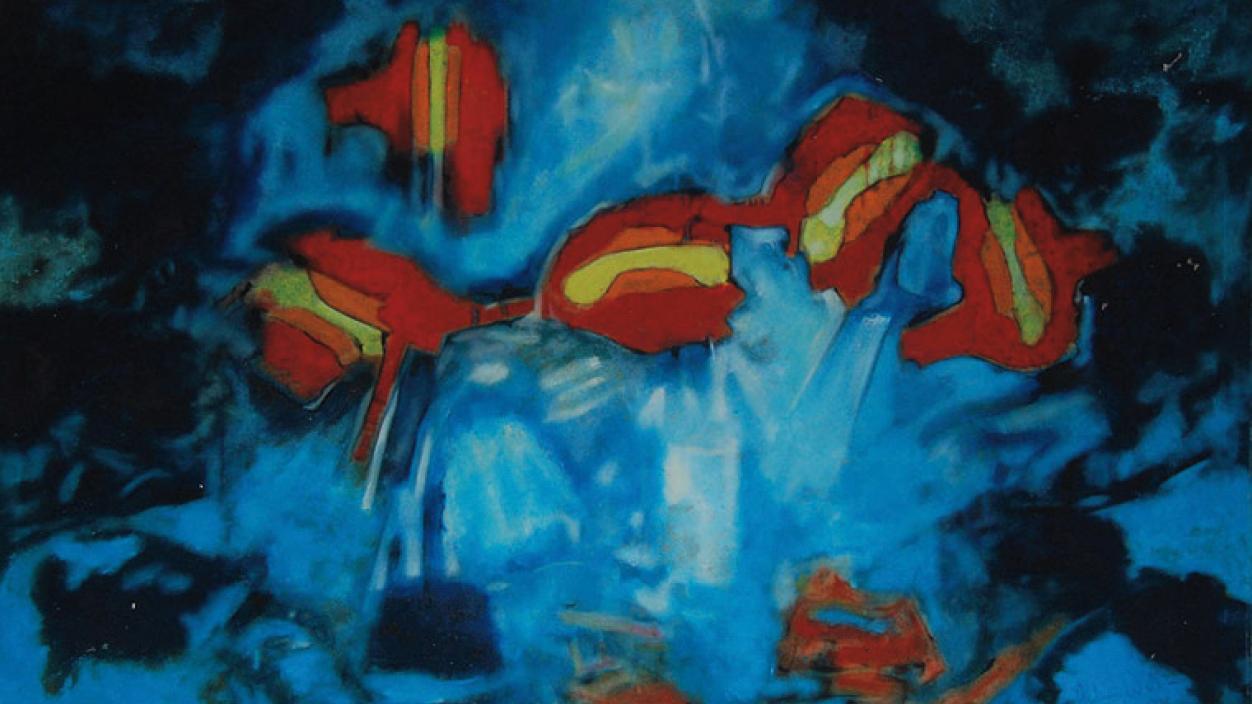 "Now and Coming Time I," by Aubrey Williams. See all of Karen's ARTISTS TO KNOW.

Shortly before she left for Maui, friends of her family, Rev. John W. Garlington and his wife, Yvonne, were killed in a car accident. John was just 48 years old; his wife, 46. They were prominent figures in Portland’s black community, lived just down the street from the Jenkinses, and—like the Jenkins family—had five children. Karen remembers thinking, “The Garlingtons are gone. Their lives were cut short.” The gravity of that realization was a wake-up call she didn’t know she needed. “It made me realize I needed to do something I really loved.”

The months in Hawai`i turned into a year and a half. She realized she was exhausted. The focus and discipline that had propelled her through school, through four years of long hours at a “Big Eight” accounting firm, were spent.

“I got to know myself a little bit more. I had been this type-A person doing exactly what I was supposed to be doing when I was supposed to be doing it, and really didn’t listen to what Karen wanted. What fits well with Karen? What makes Karen happy?” She deferred the start of grad school—and lost her scholarship. “I thought my father would have a heart attack,” she says. “He thought I had lost my mind in Hawai`i.”

During her time in Hawai`i, Karen started to explore how she could bring her business acumen to her love of art. She visited galleries and nurtured her artistic side, the part of her that loved dance and had been a good ice skater. She started to envision a gallery that would reflect her point of view, which was just beginning to come into focus. She imagined something big, a gallery that operated on an international scale and featured artists she wasn’t seeing in other galleries and museums.

When she did start classes at Berkeley, she focused on marketing, which she loved almost as much as art. She also met her husband, Kevin Johnson, who was studying for his M.B.A. at Stanford. They married soon after graduation in 1989 and started their family right away, with a son, Rindon, and daughter, Kamille. 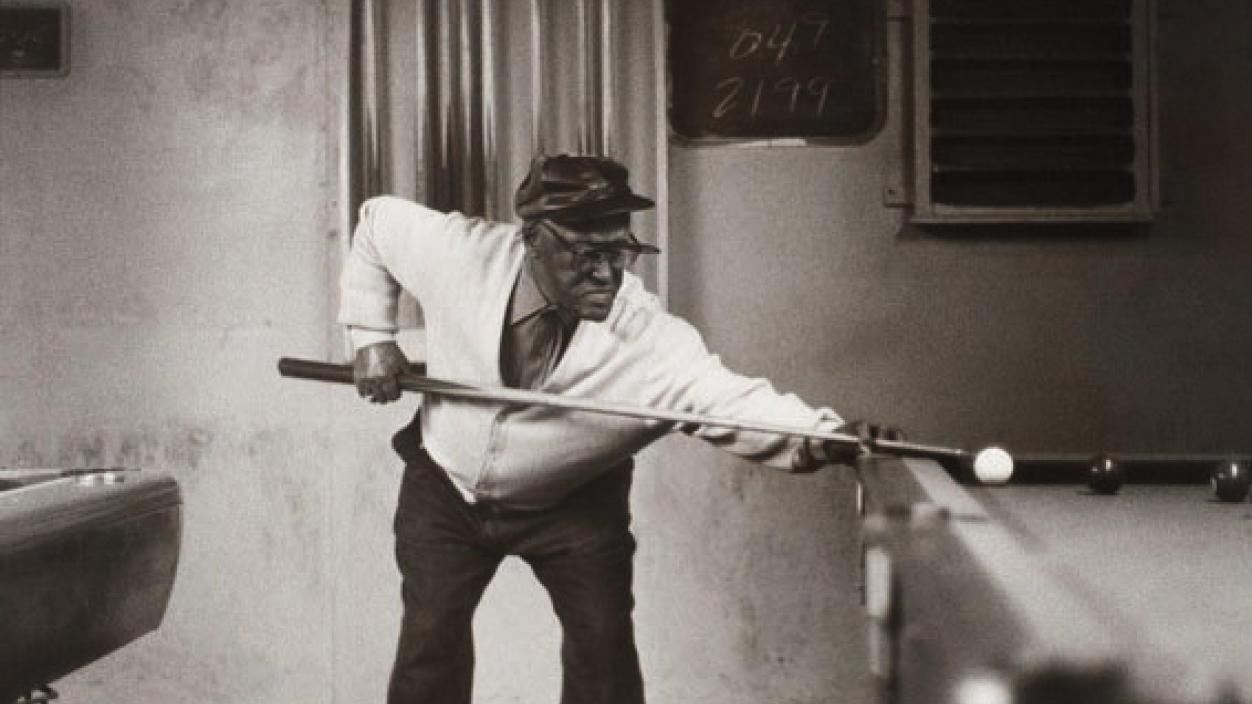 With the economy in recession, Karen knew it wasn’t the right time to launch a new art venture. Instead she learned by doing, getting jobs at three different San Francisco galleries, waiting for the moment to be right. She cherishes this six-year apprenticeship, during which she learned the business from the bottom up. She got hands-on experience in how to mount a show, how to handle the needs of artists, and how to steer collectors to works they will love, as well as the business side of making a gallery a success. “I really learned the nuts and bolts, the front end, the back end, the pieces of the puzzle and how to make it work.”

By 1996, market conditions had improved, and Karen felt ready to take the risk of opening her own gallery. She found a space with windows fronting on Sutter Street; there, she mounted her first exhibition. “I used everything I learned and then some,” she says. She tapped her skills in business, accounting, marketing, and management, as well as her time working with artists in those three galleries.

The art history class she took at Puget Sound had focused on European work. “There was not one black American artist,” she says. “Not one African artist, not one artist of color.” Later, as a professional, she saw something similar. “White males run the art world, the magazines, the newspapers. And at that time, they gave presence to white artists only. So if you were black, you would not be written in the history, not included in any of that. I had one artist who took his portfolio to an institution, and the person at the front desk turned him away without looking at it. ‘We only take artists of European descent,’ meaning, ‘Get out of here. Your art is not welcome here.’

“That’s what I’m trying to rectify.”

Today her two-story gallery features about 30 artists in carefully curated shows. This summer the theme was summertime, with many of the pieces on display reflecting the feel of hot streets, long days, and the playfulness of childhood. Karen has traveled worldwide to seek out artists she wants to represent, trekking to art fairs in pursuit of underappreciated talent in Paris, Miami, and Basel. She approached Lavar Munroe at the Venice Biennale in 2015, drawn to his “Human Zoo” paintings. Lavar, whose mother died when he was young, is attracted to what he calls Karen’s “motherly feel.” She nurtures him, sees where he is in his artistic development, and supports his vision for where he is going. Lavar recently painted a series of 12 devils that sold swiftly. A different gallerist might have asked him to create more devils to make more money, but Karen was more interested in what he wanted to do next. Her trust in his work, Lavar says, helps him take more risks. 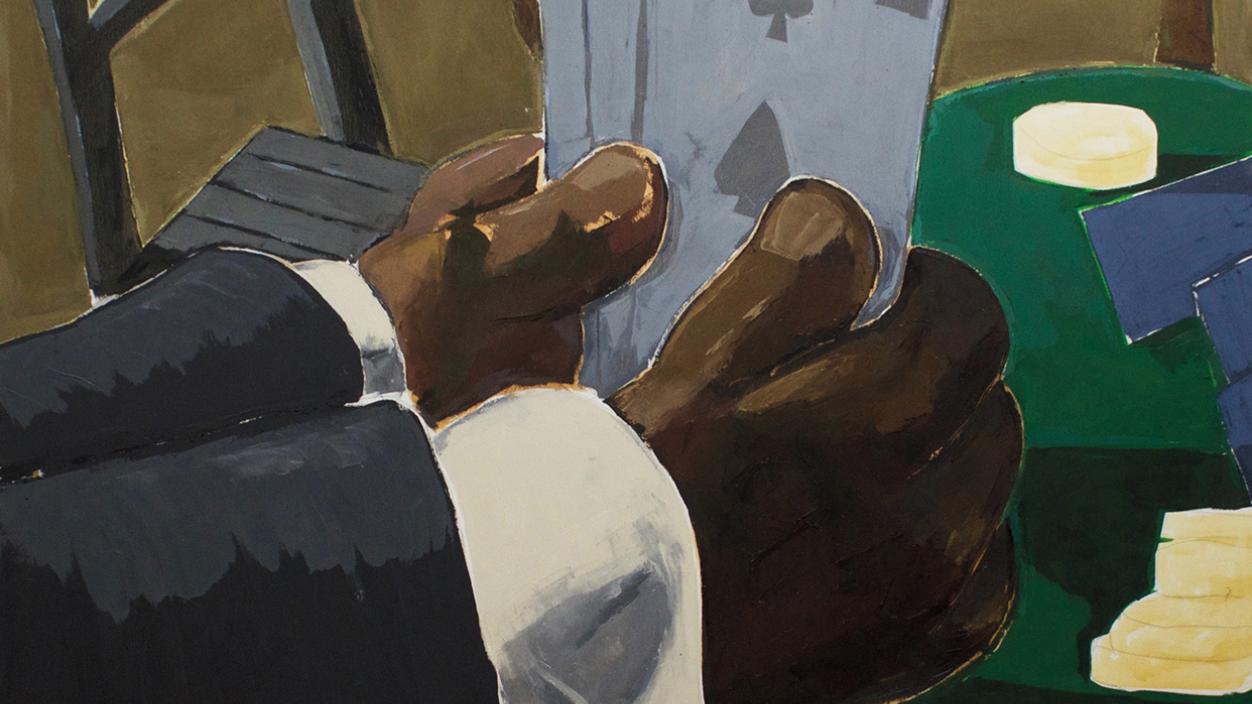 "Untitled: The Inheritance," by Enrico Riley. See all of Karen's ARTISTS TO KNOW.

What the Gordon Parks Foundation saw in Karen, when it chose her to represent the late photographer’s groundbreaking work, was passion mixed with savvy. “I was impressed with her as an individual, and that she had been collecting Parks herself,” says Peter W. Kunhardt Jr., the foundation’s executive director. “I know she lives and breathes what she does, and she understands it in all its complexities. And she sees the bigger picture, doesn’t give up, and has momentum behind her—not just about making a sale but about what is best for the artist and what will keep him relevant.”

The San Francisco gallery will soon be moving to Minnesota Street Project, in the historic Dogpatch neighborhood. Meanwhile, Karen also has a space with a completely different feel in Brooklyn. The project space, opened in 2017 in a historic limestone building across the street from Prospect Park in Prospect Lefferts Gardens, is part gallery and part collaborative hub. It’s a place where she can bring different artists and different sensibilities together to see what happens.

“We can develop into a place where curators of color, artists of color, writers of color can come together in a black-owned building,” she says. “Where we’re able to take risks on projects that don’t make any money. We’re what we call a double-bottom-line company, where we take the profits from San Francisco to build the careers of people of color, to invest in them.

“Last year we had a block party. We had a chef—a black chef—come in and talk about culture and food. When we have artists talk about their art in this intimate setting, you learn so much more.” That intimacy with the artists she represents is important for her ability to place the artwork in good homes—“places where people will appreciate what they have,” she says.

After 23 years running a successful gallery, Karen has realized many of her dreams. Hers was the first African American gallery to exhibit at Paris Photo, Art Basel Switzerland, and Art Basel Miami. Her artists are in the permanent collections of major museums, including New York’s Metropolitan Museum, the Whitney, and the J. Paul Getty in Los Angeles.