One [of a Kind] Campaign Reaches $100 Million Milestone

"I am proud to be part of a community so committed to the advancement of knowledge . . ."  — President Ron Thomas

TACOMA, Wash. – University of Puget Sound has passed a historic milestone in philanthropic giving as the college celebrates its 125th anniversary. Board of trustees chair Rick Brooks ’82 and trustee Bill Weyerhaeuser, co-chairs of One [of a Kind]: The Campaign for University of Puget Sound, announced today that contributions to the college’s comprehensive campaign have surpassed the $100 million mark.

“The enthusiastic response to advancing the mission of Puget Sound has been heartening and inspiring,” Weyerhaeuser said, “and it has put in sight the achievement of our campaign’s ambitious $125 million goal.”

“This defining moment proves that the people of University of Puget Sound are truly one of a kind,” added Brooks. “Clearly our campaign priorities—substantial contributions to financial aid, academic programs, campus life, and the annual operating support that ensures the ongoing vitality of Puget Sound—have all resonated strongly with the Puget Sound community.” 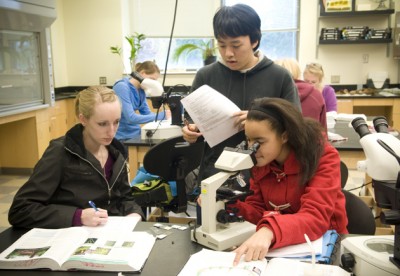 Generous gifts have come from alumni, trustees, parents, faculty and staff members, students, corporations, foundations, and community members. They have already made a significant impact in supporting the university’s students and faculty.

To date, gifts have funded a variety of initiatives, including numerous scholarships that help make Puget Sound’s top-ranked liberal arts education affordable for talented and diverse students from Pierce County and around the country; construction of an innovative facility for health sciences that promotes the intersections of psychology, neuroscience, exercise science, and occupational and physical therapy; and the creation of two new academic chairs in neuroscience and biophysics, among other things.

“In my 10 years at Puget Sound, I have been privileged to come to know the thoughtful and visionary character of many of those who have been associated with this college over its long history,” said President Ronald R. Thomas. “Today so many have given without hesitation to ensure that those coming after them will receive the best education that a liberal arts college can offer in preparation for a dynamically changing world, in an environment that is conducive to lifelong learning, and alongside peers who also are venturing boldly into the future. I am proud to be part of a community so committed to the advancement of knowledge and the unfolding of creative and useful lives.”

One [of a Kind]: The Campaign for University of Puget Sound is the largest fundraising effort in the college’s 125-year history, almost twice the size of the previous campaign, completed in 2000. This effort comes nearly a century after the college’s first campaign, “The Million Dollar Movement,” completed in 1920, which moved the campus to its current site in the north end of Tacoma. 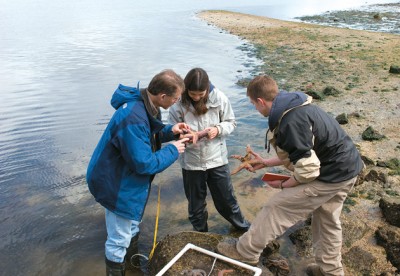 The One [of a Kind] campaign supports the college’s mission to provide a challenging and innovative learning environment grounded in a liberal arts curriculum, with a dedicated faculty committed to developing the full potential of each student. The effort was launched publicly at a gala event for 400 alumni and friends of the university on campus on Saturday, Oct. 29, 2011. Regional campaigns have since been held in the San Francisco and Denver areas, and will launch in Seattle and Tacoma this September.

To date the campaign has raised $34.5 million for endowment for financial aid to ensure that Puget Sound can continue to meet the needs of admitted students and $8.7 million for endowed faculty support to attract and retain creative and committed faculty members. The results of these and other campaign gifts are observable every day on campus. Some of these include:

Soon to be added to these accomplishments is a new Athletics and Aquatics Center that will renovate and extend Memorial Fieldhouse and replace the aging Wallace Memorial Pool, providing swimming and fitness facilities for the entire campus community. The university recently announced that several members of Puget Sound’s board of trustees will match—dollar for dollar—every new gift made to the center to support its construction.

University of Puget Sound is proud to work closely with supporters across many generations to strengthen the campus experience for thousands of students who arrive on campus eager to make a difference in the world, and who leave with the means and determination to do so.

For more about One [of a Kind]: The Campaign for University of Puget Sound, visit: www.pugetsound.edu/one