The prestigious award is made annually in recognition of “distinguished teaching of microbiology to undergraduate students and for encouraging them to subsequent achievement.” Martin has been teaching at Puget Sound since 2005 and is known for incorporating social media and creative approaches in the classroom. 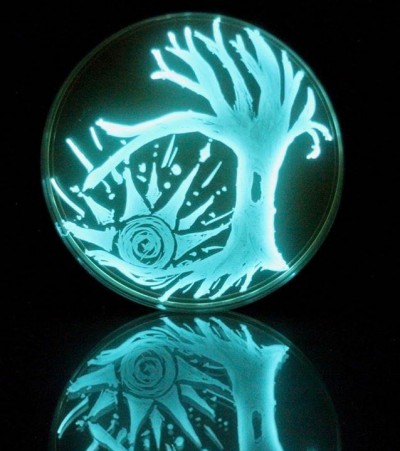 “Professor Martin is an excellent pick for this prestigious award,” said nominator Seth Bordenstein, at Vanderbilt University, in Tennessee. “I regularly seek his teaching advice and resources to enhance my microbiology class, and I follow and use his social media recommendations on teaching. His knowledge and enthusiasm for microbiology is infectious to me and microbiologists worldwide.”

University of Michigan Associate Professor Patrick Schloss cited Martin’s ability to engage students in the laboratory, and his efforts to give them access to leading scientists through Skype guest lectures, as other reasons for the nomination. “His impact on the careers of young people has been striking,” he wrote in his nomination letter. 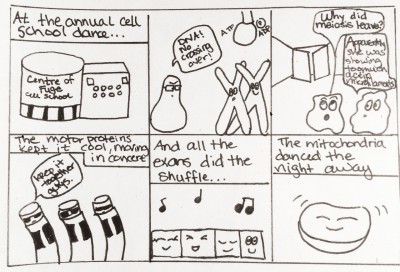 Martin will present two lectures as a result of the award: the Carski Award Lecture at the June 7–11 annual meeting of the ASM in Atlanta, and a plenary talk at the July 26–29 ASM Conference for Undergraduate Educators, in Austin, Texas.

Over the years, Martin has sent 22 of his undergraduate research students to doctoral programs across the United States. Five of these are currently in faculty positions. He has galvanized student interest in microbial science, using techniques such as encouraging first-year students to create luminescent bacterial art, videos, cartoons, and other creations that combine science and art in ways that complement more traditional classroom practices.

Armed with sterilized paint brushes and cultures of glowing bacteria, Martin also conducts #luxart workshops at universities such as Brigham Young University and University of South Florida, as well as during the ASM Conference for Undergraduate Educators. Students and professors use glowing bacteria to create art and to inspire other microbiology professors. 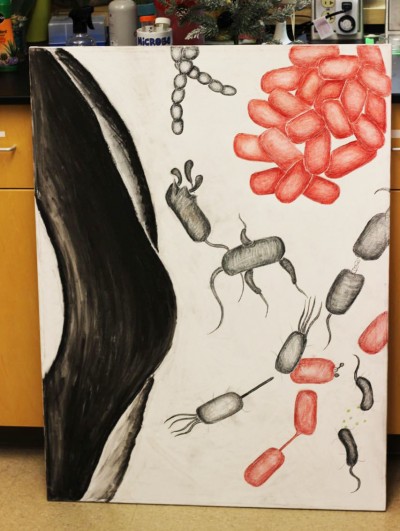 “Mark has an extraordinarily creative mind, which he applies in teaching to construct a learning environment that is original, stimulating, and inclusive,” commented nominator Jo Handelsman, director of the Wisconsin Institute for Discovery.

On his blog, All Creatures Great and Small: Preaching Microbial Centrism!, Martin explains that combining science and art “allows students to ‘see’ topics in a new light, which can help with their understanding of concepts and even improve course outcomes…. In every case I have been awestruck by the creativity, humor, and perceptiveness of my students—most of whom claim that they ‘aren’t creative’,” he wrote.

Martin earned his Bachelor of Arts in biology at University of California, Los Angeles, and his doctorate in biological sciences at Stanford University. He worked in the biotechnology industry for seven years and taught at Occidental College for eight years. At Puget Sound he teaches introductory cell and molecular biology, symbiotic associations, and microbiology. He conducts research in the area of microbiology, including the relatively understudied area of the molecular genetics and ecology of bacterial predators.

Press photos of Mark Martin are available upon request.