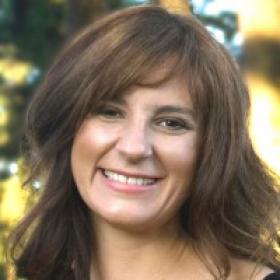 Maria Sampen, Professor of Violin at University of Puget Sound, enjoys a vibrant career as concerto soloist, recitalist, chamber musician and teacher. Equally at home with repertoire ranging from classical to avant-garde to popular styles, Dr. Sampen has delighted audiences with her eclectic programs, her passionate performance style and her highly expressive playing. She has performed in Europe, Asia, Canada and all over the United States.

In addition to her work as a soloist, Dr. Sampen concertizes frequently with her new music group, Brave New Works, the Puget Sound Piano Trio, and the IRIS Orchestra of Tennessee. In 2019, she was awarded the Christine Bartanen Research Award for remarkable accomplishments in research and professional development. She is also a Sigma Alpha Iota Distinguished National Arts Associate.

Dr. Sampen teaches a talented studio of violinists at the University of Puget Sound. She also coaches chamber music, teaches String Pedagogy and Aural Skills and chairs the string department. She has twice received the University of Puget Sound’s Thomas A. Davis Teaching Award for excellence in teaching. Her students are frequent winners of local concerto competitions and have won top awards at the Music Teacher National Association Competition, the Tacoma Philharmonic Solo Competition, and the American String Teacher Washington State Competition. Dr. Sampen has also served on the faculties of the Brevard Music Festival in North Carolina, the Interlochen Center for the Arts and the Icicle Creek Chamber Music Institute in Washington.

Dr. Sampen is a graduate of the University of Michigan and Rice University. Her major teachers include Paul Kantor, Kenneth Goldsmith and Paul Makara. She has also performed and studied at the Mozarteum Sommerakademie, the Banff Centre for the Arts, the Musicorda Festival, the Carnegie Hall Professional Training Workshop, and as a fellow at both the Aspen and Tanglewood Music Festivals.

Dr. Sampen loves working with her brilliant and talented students at the University of Puget Sound. She believes that every student is capable of growth and positive change. She has been delighted to make her career at a place that also holds these values. She is committed to helping her students reach their maximum potential, not only as artists but as citizens of this world.