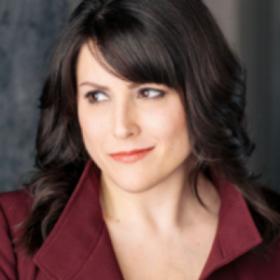 Dawn Padula, mezzo-soprano, is a versatile performer of opera, oratorio, musical theatre, jazz, and classical concert repertoire. Opera roles include Carmen in Carmen, Azucena in Il Trovatore, Lady Jane in Patience (2018 Gregory Awards People’s Choice Nominee), Lady Blanche in Princess Ida, Cherubino in Le Nozze di Figaro, The Third Lady in The Magic Flute, the Witch in Hansel and Gretel, Maddalena in Rigoletto, Isabella in The Italian Girl in Algiers, Erika in Vanessa, and the Sorceress in Dido and Aeneas. During the pandemic, she recorded the roles of Zita in Gianni Schicchi and Olga Olsen in Street Scene with the Social Distance Opera. Recent and upcoming operatic engagements include the roles of Ruth in The Pirates of Penzance (Seattle Gilbert & Sullivan Society), Dame Quickly in Falstaff (Puget Sound Concert Opera), Dryad in Ariadne auf Naxos (Vashon Opera), Armelinde in Cendrillon (Puget Sound Concert Opera) and Maddalena in Rigoletto (Vashon Opera). Notable classical concert work includes performing as a soloist in a concert version of West Side Story with the Tacoma Symphony, being the mezzo-soprano soloist in Penderecki’s Credo with the Houston Symphony Orchestra under the baton of Jahja Ling, and touring to Varna and Sofia, Bulgaria as the mezzo-soprano soloist in Mozart’s Requiem with members of the Adelphian Concert Choir, the Portland Symphonic Choir, the Tucson Masterworks Chorale, the West Liberty University Singers, the West Liberty College Community Chorus, and the Pazardzhik Symphony. Her musical theatre roles include paying tribute to celebrities in Forbidden Broadway’s Greatest Hits, Jack’s Mother in Sondheim’s Into the Woods, Domina in Sondheim’s A Funny Thing Happened on the Way to the Forum, and Woman 3 in the Kander and Ebb revue, And the World Goes ’Round. She has also performed as a jazz vocalist in venues such as Pacific Lutheran University’s Jazz Under the Stars Series and the Puget Sound Jacobsen Series. Her classical solo album, Gracious Moonlight, is available on streaming platforms.

In the Pacific Northwest, she has performed as a principal artist with Seattle Gilbert & Sullivan Society, Tacoma Opera, Vashon Opera, Kitsap Opera, Puget Sound Concert Opera, Concert Opera of Seattle, the Tacoma Concert Band, the Oregon Symphony, the Portland Symphonic Choir, the Seattle Bach Choir, and Opera Pacifica. She has also performed with Seattle Opera as a member of the Supplementary Chorus, and has given solo recitals for the Second City Chamber Series and the Classical Tuesdays in Old Town Tacoma Concert Series.

Dr. Padula’s research on training the tenor and baritone singing voice from the mezzo-soprano voice teacher perspective has been presented at the International Voice Foundation Symposium in Philadelphia, Penn., at the National Association of Teachers of Singing National Conference in Nashville, TN, and at the Art and Science of the Performing Voice Symposium in Seattle, WA. Dr. Padula is Professor of Voice and Director of Vocal Studies at the University of Puget Sound School of Music, where she is the Chair of the Vocal Studies Area, directs the Opera Theater, and will co-direct the newly-established Songwriting major. In 2020, Dr. Padula was honored to receive Puget Sound’s Tom A. Davis Teaching Award. She holds a Doctorate of Musical Arts from the University of Houston Moores School of Music with a minor concentration in vocal pedagogy and voice science, a Masters of Music degree from the Manhattan School of Music in New York City, and both a Bachelor of Music degree in vocal performance and a Bachelor of Arts degree in media communications from Trinity University in San Antonio, TX.