Eugene Johnson ’56 was recognized by the Boys & Girls Clubs of Long Beach, Calif. In an e-newsletter, the organization wished him a happy 90th birthday and thanked him for being “an amazing supporter and advocate for our clubs and [playing] a huge role in our Thanksgiving Dinners.”

Patricia Mason Deal ’68, M.Ed.’92 shares the following proof that it really is a small world: During the 1960s, two local young women were students at the University of Puget Sound. Deal was working toward a career as a math teacher, and Leona Puderbaugh Baker ’68, a career as an elementary school teacher. Deal graduated during the spring Commencement exercises; Baker in August. Deal started her teaching career in Puyallup, Wash., at Aylen Junior High School and ended it at Puyallup High School; Baker taught at Meeker Elementary, which was located three blocks away. The two never met. Fast forward to 2019. Both were retired, and both moved into the newly completed senior housing community Wesley Bradley Park, in Puyallup. One morning at breakfast, Deal appeared wearing a shirt on which was printed “Once a Logger, al-ways a Logger” and her class year, 1968, immediately catching the eye of Baker, who exclaimed, “We are sisters!” The pair had already become friends, but that morning, they learned they were “Logger sisters.” Deal currently serves as co-editor of the Wesley Bradley Park monthly newsletter, and Baker is the community librarian. She donated funding for the library in memory of her husband, Virgil Baker ’50, M.Ed.’60, another fellow Logger.

Robert Delong ’68 started at Puget Sound in 1965. “What an eye opener,” he writes. “I made many friends that I still stay in touch with.” Ultimately, it wasn’t a great fit, but he notes that it was a wonderful year. Delong went on to graduate from The University of the Americas in Mexico and earn a master’s degree in psychology, from Pacific Lutheran University. His career took him from picking apples to running treatment pro-grams for mentally ill offenders in Washington state, to running children’s clinical programs for the Devereaux Foundation in Santa Barbara, Calif. He was selected to run the Klamath Child and Family Treatment Program in Klamath Falls, Ore., then became executive director of Seattle Children’s Home. When his wife contracted colon cancer and died, Delong left the U.S., and found himself in New Zealand, working as a teacher’s aide to qualify for residency. He be-came the director of the first chartered hospital in the country. Now happily retired, he’s enjoying life in a small seaside town, traveling, sailing the Pacific, and playing his guitars. “I always remember UPS as the steppingstone to a great future,” Delong writes.

Gregory Curwen ’69 and his wife, Susan, retired in 2011 to the desert country of Tucson, Ariz. They are enjoying the 300+ days of sunshine every year and—before the pandemic—spent most of their spare time traveling. Susan’s brother, Paul Anderson ’67, now deceased, also was a Logger and later graduated from Willamette Law School. He and Curwen both were members of the Delta Epsilon Chapter of Beta Theta Pi at Puget Sound.

After graduating from Puget Sound, Scott Elder ’70 studied at the American University in Paris, lived as a street musician in Paris and London, worked as a mime in France and Portugal, and spent 12 years in a Buddhist hermitage. He now lives in the Auvergne region with his three children. Since 2014, his poems have appeared in numerous publications and collections, including his first collection, Part of the Dark, published by Dempsey & Windle Publishing in 2017. You can read some of his work at scottelder.co.uk.

This spring, Dan Clements ’71, P’07 launched a magazine for nature and wildlife photographers in the Pacific Northwest. NNWP Photographer showcases the work of local photographers and provides a venue to discuss various topics related to outdoor photography. Dan writes: “If you are feeling a bit homebound, check out some photos that will brighten your day!” Download the current issue at pugetsound.edu/nnwpphotographer. And read the Arches profile of Dan from our spring 2019 issue at pugetsound.edu/chasingmyths.

Robert Mickle ’75 is still in Florida, where he has lived the last 10–20 years. Though currently separated, he’s been married since 2007, and has eight grandchildren from his two surviving daughters, his son having passed away in 2005. “I have heart disease and high blood pressure and, of course, the age-bracket thing, so am susceptible to this rotten COVID-19, as I imagine many in our class are,” he writes. “Otherwise, very healthy, and I know we will pull through this.” Mickle is now retired but still dabbles in photography, the stock market, and travel.

“With COVID-19, performing music live is over for the foreseeable future, but I am still busy recording and releasing songs each month on Spotify, Apple Music, Amazon, etc.” writes Steven Aliment ’79, P’10, P’12. “I’ve been working with Puget Sound to raise money for the Class of ’79. THANK YOU to all for your generous contributions!” He was named a 2020 finalist for U.S. Male Songwriter of the Year by the International Singer Songwriters Association, and in September, he released his latest album. Find his music at songwhip.com/stevealiment or wherever you stream music online.

In June, the Hon. Richard Whitney ’80 was elected to his third term as a Superior Court Judge for the state of California. He has been on the bench since 2003, and currently serves in a civil assignment presiding over large civil litigation cases. “I have enjoyed every minute of my work,” Whitney writes. “I thank UPS for a great foundation of education that assists me every day on the bench.” In other news, Whitney’s first grandchild arrived in July.

Karen Manchester Fuentes ’82 celebrated her 60th birthday earlier this spring—on the same day her son, Tony, and daughter-in-law, Amy, revealed the gender of their first child. The little girl joined Fuentes’ niece, Alexa, and 12-year-old granddaughter, Isabelle, as “beautiful, smart, capable examples of feminine ability,” she says. As a teacher in a small, rural school district, Fuentes has been working hard to keep her first-graders afloat amid remote learning. She put together packets to help her students, noting that “the trickiest part is to try to write clear instructions to monolingual, English-speaking parents on teaching Spanish to their students for most of the day.” She sends her best to all her “UPS buds.”

Donald McDaniel ’82, M.B.A.’82, P’81 writes in to share the update that he is in good health and staying home in University Place, Wash., during the pandemic, as is his daughter, Caroline McDaniel ’81.

In March, Marc Blackburn ’85 transitioned from Mount Rainier National Park, where he served as west district interpreter, to Lava Beds and Tule Lake national monuments in Northern California, where he now manages visitor services for both sites. “For the first time in my career, I will actually be living in a National Park site,” he writes. Blackburn is looking forward to the new opportunities opening up with the move and encourages any classmates and fellow Loggers traveling through the area to drop by and say hello.

After spending most of her career teaching science at Seattle Preparatory High School, Susan Nelson Coluccio ’86 retired this year. At virtual graduation, she was recognized as teacher of the year with the Ignatian Educator Award. At Seattle Prep, Coluccio taught chemistry and introductory physics, started a robotics program, taught an introduction to computer science class, helped implement a chemistry stockroom cleanup, and participated in many student retreats. She notes that a surprise highlight of her 20-year teaching career was returning to the Puget Sound campus for a POGIL (Process Oriented Guided Inquiry Learning) workshop and touring the “much-updated” and “pretty impressive” science building.

Ann Marie Trebon Henninger ’88 serves as a hospital commissioner for Clallam County Public Hospital District No. 2 in northwestern Washington state. She serves with six other publicly elected commissioners to provide governance for the district, which includes Olympic Medical Center and its satellite clinics in Sequim and Port Angeles. In addition to her role as commissioner, Henninger works part time as a nurse sonographer and nurse consultant, and has recently opened her own small business, Pantry & Provisions, a personal shopping and delivery service. She has been married to Ray Henninger ’89, M.P.T.’91 for 29 years. Their family has lived in Sequim, Wash., since 1996.

In May, Donald Hawkins ’93 accepted a staff attorney position with the Bringing Justice Home project at the Crossroads Safehouse domestic violence shelter in Fort Collins, Colo. As an attorney for BJH, he will provide free legal representation for low-income domestic violence and stalking survivors in protection order hearings and other family law cases.

Lisa Kozleski ’94, editor of Lethbridge College’s award-winning Wider Horizonsalumni magazine, was named Editor of the Year by the Alberta Magazine Publishers Association. The publication also earned a silver Circle of Excellence Award for “Magazines on a Shoestring” from the Council for the Advancement and Support of Education (CASE). Kozleski, who serves as senior writer and editor at the Alberta, Canada, community college, has led the magazine since 2011. 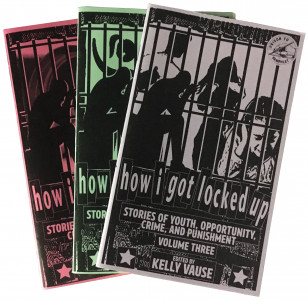 Through his company Social Construct Inc., John Lindquist II ’95 published a three-volume set of Narratives for Justice with Portland-based Microcosm Publishing. The set, How I Got Locked Up, tells in-mates’ stories of their youth and the decisions and actions they made that put them on the road to incarceration. Blunt and honest—but not with-out humor—the stories are told in the inmates’ voices and are aimed at preventing other young people from making the same mistakes they did. 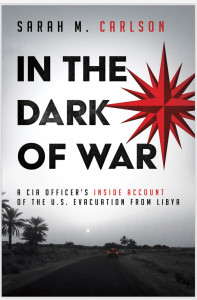 In the Dark of War: A CIA Officer’s Inside Account of the U.S. Evacuation From Libya, the first book by Sarah Carlson ’02, was published in June. After graduating from Puget Sound with a bachelor’s degree in English, she joined the intelligence community and, ultimately, the CIA. This book is her inside account of the dangerous attacks threatening the U.S. mission in Tripoli—fewer than two years after the Benghazi attacks—and how American valor and courage prevailed in the midst of clashing militias, suicide bombers, and numerous other threats and kidnappings near the mission’s location. 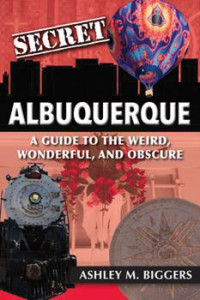 In her newest book, Secret Albuquerque: A Guide to the Weird, Wonderful, and Obscure, longtime contributor Ashley Biggers ’04 digs into 90 places that most tourists and even many residents have never seen, writes New Mexico Magazine in its August issue. Released by Reedy Press in April, the book offers a new and fun way to explore the Duke City, guiding locals to uncover the secret histories of places they thought they knew and off-the-beaten-path at-tractions for newcomers.

In February, Amy Peterson ’06 received her Ph.D. in public health from the London School of Hygiene and Tropical Medicine, with a focus on the effects of school environment on adolescent behavior. Her husband, Owen Freeman; parents, Carolyn Hill Peterson ’69, P’06and Richard Peterson ’69, P’06; and sister, Sarah, all flew to London to celebrate the culmination of her years of hard work. Peterson continues to work as strategic development manager for ETR Associates from her home in South Pasadena, Calif.

On Aug. 4, Laura Hollister ’12 was awarded her Ph.D. in medieval Hispanic studies/visual culture from Durham University in Durham, England. Her thesis: “A Creation of Personal Piety: The Performance Art of Medieval Pilgrimage at Montserrat.”

On May 15, Erin Lindsey ’13 was awarded her Doctor of Medicine degree from Saint Louis University School of Medicine. She will remain in St. Louis for her residency in internal medicine. Since graduating from Puget Sound,

Emily Ness ’13 earned her master’s degree in integrative health and well-being coaching from the University of Minnesota Center for Spirituality and Healing. She’s currently working as a chronic pain health coach, contracting with clinics to help reduce dependence on opioids and encourage whole-person healing through patient-centered care.