TACOMA, Wash. – University of Puget Sound is partnering with The Posse Foundation, a national nonprofit organization committed to expanding the pool from which colleges and universities can recruit outstanding young leaders from diverse backgrounds. Posse identifies public high school students with extraordinary academic and leadership potential who may be overlooked by traditional colleges’ selection processes and places them in supportive, multicultural teams—or “posses”—of 10 students at top-tier colleges.

Puget Sound will join 52 of the finest colleges and universities in the country to partner with The Posse Foundation and be the first partner in the Pacific Northwest and the first to recruit students from the San Francisco Bay Area.  Partner institutions enroll students from a partner city and provide each with a full-tuition scholarship, regardless of financial need. The new initiative's full program costs will be covered for five years by generous donations and the support of Puget Sound’s board of trustees. 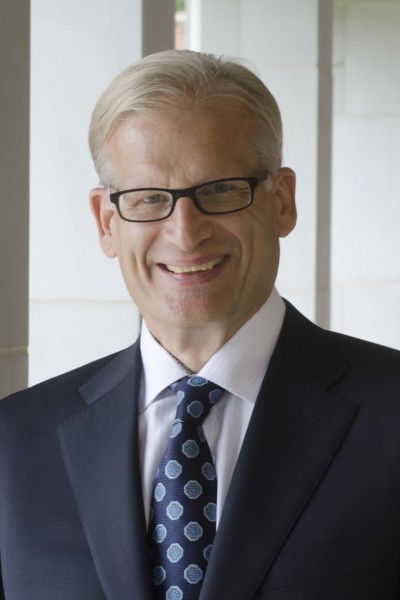 “We are honored to be named a Posse college and further extend our commitment to making college affordable for academically talented students from diverse backgrounds,” President Ronald R. Thomas said. “The Posse program is unique in its approach to providing the training and support that helps students realize their academic and leadership potential, and make substantial contributions to the campus communities that they transform over the course of their four years,” Thomas noted his appreciation for the interest in the program expressed by Puget Sound trustees.

While still in their senior year of high school, the Posse Scholars receive training in cross-cultural communications, team building, academic excellence, and leadership—skills that will benefit themselves and their peers and others on college campuses.

“Our goal is to reach outstanding students in the Bay Area who have the drive, passion, and intelligence to attend the best schools in the country and become our next generation of leaders,” said Deborah Bial, president and founder of The Posse Foundation. “We’re thrilled to have the support of President Ron Thomas and excited to have the University of Puget Sound join us in this mission. The university has distinguished itself nationally for an environment that fosters innovation and creativity and the special bond between faculty and students. It’s an ideal community for Posse Scholars.”

The 10 students recruited into Puget Sound’s Posse program each year will work as a cohort for the first two years of their studies. The camaraderie of a cohort and a mentor's attention has been shown to enhance students’ ability to succeed academically and complete their education on time. Posse Scholars have a graduation rate of 90 percent—well above the national average. The Posse Foundation, which has supported more than 6,300 Posse Scholars, has found that its scholars excel academically, organize and lead campus organizations, participate in internships, and earn prestigious awards. Posse alumni secure competitive jobs and are admitted to top graduate programs.

“Puget Sound’s enrollment philosophy is guided by our commitment to identify and support students who demonstrate potential in making the most of their college education. Posse is a transformational program that improves the lives of students and the institutions that they attend,” said Jenny Rickard, Puget Sound’s vice president for enrollment. “We have many alumni and current students from the Bay Area and are excited to welcome our first group of Posse Scholars next year.”

In addition to assisting young people in graduating and taking on leadership roles in the workforce, the Posse program aims to help its partner colleges and universities build more interactive campus environments that welcome people from all backgrounds.

The Posse Foundation was started in 1989 based on the belief that a small, diverse group of talented students—a Posse–carefully selected and trained, can catalyze increased individual and community development. The foundation identifies young people with the potential for academic excellence and leadership skills and offers them four-year, full-tuition leadership scholarships. Posse has sent more than 6,200 Posse scholars to top-tier colleges and universities throughout the country. To learn more, visit http://www.possefoundation.org.