TACOMA, Wash. – University of Puget Sound behavioral ecologist Stacey Weiss and microbiologist Mark Martin have been awarded $731,000 by the National Science Foundation to research the habits of egg-laying lizards and find out whether microbes may make them better parents than we think.

It’s an oddity of the natural world that most egg-laying reptiles—with the exception of crocodiles, some turtles, skinks, and selected other species—do not provide parental care to their eggs. In other species, egg-tending is crucial to protect eggs from risks such as pathogens in the soil and air that can kill developing embryos.

And yet many female reptiles abandon their eggs after they are laid. How the embryos survive deadly bacterial and fungal threats remains unexplained. 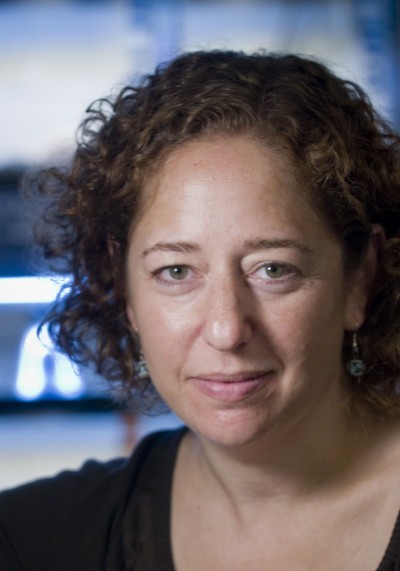 Stacey Weiss, professor of biology, and Mark Martin, associate professor of biology, have a hypothesis that a female lizard may transfer protective microbes from her reproductive system to the eggshell surface when she lays an egg. This idea is supported by work so far showing that eggs of the Southwestern U.S. striped plateau lizard, Sceloporus virgatus, have higher success in hatching if they are laid by the mother than if they are surgically removed without contacting the birth canal, called the cloaca. 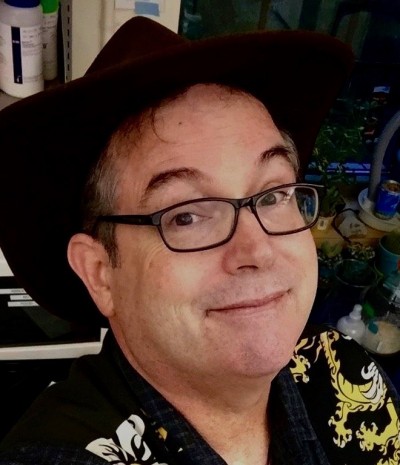 Females of this species lay their eggs in soil nests at the beginning of the summer monsoon season, when fungal growth peaks. For two months, the eggs get no parental care or egg-tending, and in September the hatchlings emerge.

Through a combination of field work, next-generation gene sequencing, bioinformatics, and culture-based studies, Weiss and Martin aim to test their hypothesis using Sceloporus lizards. Their NSF project, titled “Antifungal protection of eggs by maternal cloacal microbiota” will run over five years and will involve more than a dozen Puget Sound undergraduates, plus students from Tucson Magnet High School in Arizona.

“During the past two decades, science has uncovered the centrality of microbes throughout the biosphere, even relating to issues of animal development and health,” Martin said. “The idea that cloacal microbes in lizards might in fact protect eggs against infection by pathogens is fascinating in terms of basic biology, and potentially could lead to the discovery of new antimicrobial therapies.” 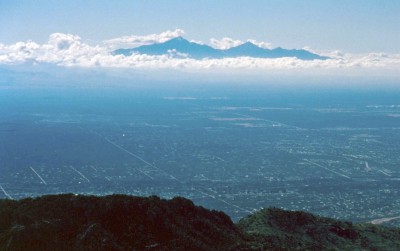 Weiss spent her 2017-18 sabbatical in Arizona, where she sought out and studied Sceloporus lizards in the creek beds and plateaus of the oak-juniper forest in the Madrean Sky Islands—mountain “islands” surrounded by “seas” of lowland desert. Once the time of egg-laying arrives, Weiss and her students will study the transfer of the female’s cloacal microbiome onto eggshells. They also will measure the hatching success of eggs with and without the benefit of these maternally transmitted microbes.

“After this initial documentation work, we will examine how these proposed beneficial microbes affect behavioral interactions among lizards,” said Weiss, the principal investigator. “We expect that females vary in their microbiomes, and some will have better protective function than others. 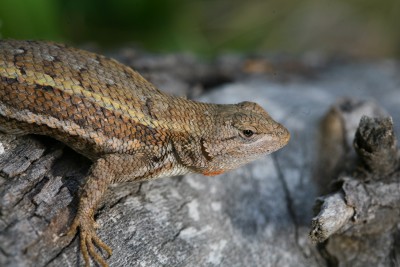 “If so, do females advertise this fact via chemical or visual cues? Do males pay attention and invest more in the courtship of more egg-protective females? These questions can only be answered using interdisciplinary approaches, and we are incredibly excited about what we will learn from working at the interface of behavioral ecology and microbiology.”

Weiss says the researchers’ work will later be extended to other species. For example, they may compare populations with different levels of pathogen risks, and compare species that lay eggs with species that give live birth.

“Such comparative work allows us to address broader evolutionary questions about this phenomenon,” Weiss said.

Martin and his students will use culture-based and DNA-focused approaches to more fully examine the antifungal capabilities of the mother’s microbes. This work is critical to understanding the mechanisms by which these microbes fight off infection from soil pathogens and thus enhance offspring survival.

Others involved in the research and mentoring include A. Elizabeth Arnold, professor in the School of Plant Sciences at University of Arizona, and Margaret Wilch, biology teacher at Tucson Magnet High School.

The University of Puget Sound student researchers will do much of the work over the summers, supported by stipends from the NSF grant and as participants in Puget Sound’s extensive Summer Research Program, which funds student research in the sciences, math, arts, humanities, and social sciences.