Before They Go Abroad 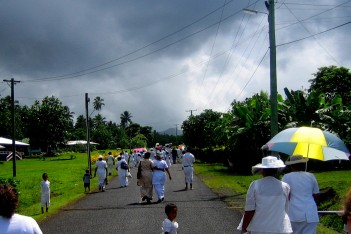 As more students plan studies in other countries, setting ground rules can help keep them safe—and ensure that they call home once in a while.

Sarah Lovell was a typical senior from West Virginia University. She lived in a dorm with a roommate. Her classes in computers, microeconomics, and science were the norm for an engineering-computer major. She received good grades.

But there was a mosque on campus where students prayed five times daily. Dorms were single-sex only. Women wore head scarves; and hip-hugger jeans, bare bellies and piercings were forbidden. On weekends, though, she enjoyed the freedom of travel, visiting the Sahara Desert, southern France, and Marrakech. Her semester as an exchange student at Al Akhawayn University in Morocco was exotic and exciting. And her concerns about facing trouble as an American never came to pass.

"There were questions and criticism about our government, but there was no hostility," she says. "I met some great people."

Sarah was one of 170,000 Americans who studied abroad in 2005. Although that represents just one percent of enrolled college students, international study is growing 10 percent annually. Nearly half of incoming freshmen express an interest in traveling abroad, according to the Commission on the Abraham Lincoln Study Abroad Fellowship Program. Study abroad strengthens America's connections to other countries, builds language skills, and prepares students to compete in a global economy.

Overseas study experiences vary greatly. Sarah lived in a campus setting with other foreign students. In some programs, students board with host families or locate their own apartments. Professors may teach in English or in the host country's language. Study trips guided by professors from the home college can last just a few weeks and encompass several cities or countries. A few students choose to enroll in foreign universities for year-long programs then transfer the credits home.

No matter the venue or duration, study abroad is a challenge for both students and parents, and nearly always rewarding, says Jannie Meisberger, director of international programs at the University of Puget Sound in Tacoma, Washington.

"The experience transforms students. It becomes an integral part of their college experience," she says. If your child asks to study abroad, here's some advice:

Have a Travel Talk

Clearly define your expectations and your kids' responsibilities. First, students should show they're ready to do this. Insist on academic discipline - that they declare a major and make good grades. Ask how study abroad fits with their academic plans.

Overseas study is not cheap; there are extra costs in transportation, inoculations, and other items. Make sure your child has researched expenses and is ready to talk about ways to share costs, setting aside summer-job money, for example.

Discuss the region they want to travel to. Talk about the necessity to be flexible and open to change. Be sure they understand that they will be in a different culture and should behave accordingly. Parental apprehension increases the farther a child travels both in physical distance and distance from one's own culture, but in truth, Thailand is no easier to manage than Australia. Ultimately, students will be responsible for their behavior, health, and safety, says Natalie A. Mello, director of global operations at Worcester Polytechnic Institute in Massachusetts.

Most international programs publish brochures, handbooks, and Web sites. Read these thoroughly, and if you have questions, call the school. What happens in emergencies? What type of housing is available? What about problems with roommates or host families? What are your student's responsibilities?

If you can't get the information you want, consider a different program at another school. Meanwhile, encourage your student to talk with others who have gone abroad. The university can provide referrals.

Sarah Lovell went to a study-abroad fair and chatted with a student just back from South Africa. "There aren't that many engineering students at WVU who had gone abroad," she says. "It really helped to talk to someone who had done this. I had a lot of questions."

Although parents ought to be informed and ready to offer guidance, it should be up to the students to start taking responsibility even before they leave the country. That means they should be the ones to make the airline reservations, meet the visa and passport deadlines, and generally make all the other arrangements. If you're doing all the work, your child probably isn't ready to go abroad, says Meisberger. "They are going into a very different world, and they are going to be on their own. If they can't do this, it probably isn't going to work out well for the student," she says.

Not having a parent involved can be a big step for kids and parents today, who often stay in daily contact via cell phones and e-mail. Many professors and college administrators tell stories of "helicopter parents" who hover about and do everything for their children - even arranging class schedules and calling about poor grades and attendance.

"We've certainly noticed this trend," Meisberger says. "And we don't want to insult parents - because they have good intentions - but children are like butterflies. You cocoon them; but at some point you have to let them go and know you've done a good job."

The world isn't as scary a place as many parents believe, but there certainly are situations to avoid.

"Students need to be informed travelers. You can't prepare for everything, so you want students to know the necessary information so they can make good decisions," says Bill Davey, director of the International Program Office at Arizona State University in Tempe.

Parents often want to visit their students overseas. Better to go at the end of the student's semester rather than during classes, says Mello. "Sometimes parents aren't very welcome because they expect the student will play tour guide. If you come later, your child will know more about the country and have more free time," she says.

Even if you don't plan to visit, get a passport before your child leaves. If there's an emergency, you need a passport to get to your student. "It takes up to six weeks to get a passport. Even if it's expedited, it's going to take time," says Davey.

Decide how often the child will write, e-mail, or call home. Keep in mind the time differences and that it may be difficult for the child to call during daylight hours. Some students set up Web logs and write journal entries for parents and friends.

Parents and kids who are in constant touch may find daily communication difficult. And maybe that's for the best, says Matthew Turzo, a student at Pitzer College in Claremont, California, who studied in Beijing, China.

"Daily contact with home makes assimilation impossible. You don't really get immersed in the culture," he says. "I knew students who talked to their parents every day. They were still mentally at home."

Coming back to America and Western culture can be quite a shock for students. Be willing to listen and allow them to become accustomed to the culture again. Parents also may find their students changed by the experience. Matthew remembers being especially aware of the materialism and wealth of America. He compared this to the lifestyle of several Chinese friends who live very modest but happy lives.

"The adjustment of coming back from Beijing was actually more extreme than when I first landed in China. For me, it was a period that stretched a few weeks." But even Matthew admits that the culture shock of coming home was just another part of a valuable learning experience.

Going by the Numbers

Before the student departs, put together two folders (one for you, one for your student) that contain social security and credit card numbers, passport information (make a copy that includes the bar code), student visas, medical conditions and prescriptions, and contact numbers for schools.

Check whether your medical insurance will provide coverage; if not, purchase supplementary insurance. Note: If the student visits a doctor, he or she will likely have to pay in full. Reimbursement comes later. Also, foreign doctors cannot fill American prescriptions, so students should have a list of the generic form of their medicines - drugs sold under one name in the U.S. are often sold under another elsewhere - making it easier for a doctor to write a new prescription.

Most schools tell students to purchase an International Student Identity Card, which insures against lost luggage, provides a 24-hour help line, and pays travel costs when the student is evacuated due to a medical emergency.