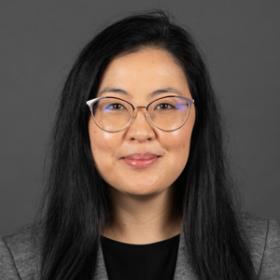 Tina A. Huynh teaches undergraduate and graduate courses in elementary and secondary music education. Her interests lie at the intersection of music in early and middle childhood and cultural diversity. She has led workshops on the inclusion of Vietnamese children's music in the American classroom at CASMEC and CMEA Southwestern Section and presented her research on musical childhoods and family values in the Vietnamese American home at AIRS (Advancing Interdisciplinary Research in Singing), NafME and ECMMA. Her recent conferences at NAfME (2021) and the Association for Black Women Band Directors (2021) centered on student-led gamification in music education. Huynh is part of the Palmer Research Group whose research focuses on culturally relevant and responsive teaching in music education.

Dr. Huynh is author of The Vietnamese Children’s Songbook (unpublished), a compilation of ten popular Vietnamese children’s songs and cultural practices. Her film, Songs of Little Saigon (2021) (First Light Productions), about the resilience of eight Vietnamese American refugee musicians throughout Orange County, California, has won 12 awards and recognitions from national and international film festivals. Including Exceptional Merit awards for documentary and musical score at the Docs Without Borders Film Festival, best documentary at the Asian Film Festival Los Angeles, and official selection at the Viet Film Fest 2021. She is the Project Scholar for the Tacoma Refugee Choir, “a non-auditioned choir united by the plight of refugees and the conviction that everyone has a voice to contribute”. Huynh is a Kodály and Smithsonian Folkways World Music Pedagogy certified educator.