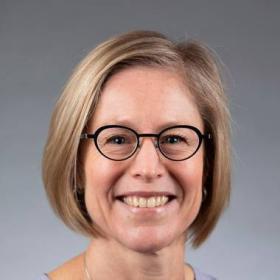 Professor and Chair, Sociology and Anthropology and Director, Global-Development Studies

I am a cultural anthropologist who studies the cultural politics of economic development in Central America. I am especially interested in the role that gender, class, race and ethnic difference play in defining the actors, processes, and outcomes of development projects, both locally and globally. I have been conducting ethnographic fieldwork in Central America for over 20 years, more recently focusing on China-Central America relations in particular.

Based on ethnographic research in Costa Rica, Nicaragua, and Guatemala, Transpacific Developments: The Politics of China and Chineseness in Central America (forthcoming, Cornell University Press) explores the different forms that China--including the People’s Republic of China, Taiwan, and local Chinese diaspora--has taken in the region and how these multiple forms are reshaping the nature and stakes of local development.

Hear more about my work and this project on the 2017 Puget Sound podcast: "What We Do."

My first book, Ethnic Entrepreneurs: Identity and Development Politics in Latin America (2010, Stanford U Press) examined the work of Guatemalan indigenous development organizations and UN-sponsored projects with Latinos in the United States to show how both states and international institutions embraced community-based actors as the ideal agents of neoliberal development. While these same actors had historically been perceived as obstacles to economic development, I demonstrate how their ethnic identity, culture, and translocal communities were reframed as valuable tools for regional development, with contradictory results.