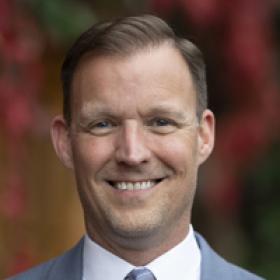 Gerard Morris joined University of Puget Sound School of Music faculty in fall 2009, and currently serves as director of bands and department chair for winds and percussion. In 2016 he became an associate professor and was honored as the recipient of the President’s Excellence in Teaching Award. Morris earned a Bachelor of Arts degree in music from Western Michigan University, a Master of Music Education degree from University of Colorado at Boulder, and a Doctor of Music degree in conducting from Northwestern University.

Morris’s conducting and teaching are informed by years of professional performing experience as principal euphonium with Boulder Brass and United States Marine Corps Band, Hawaii. With these organizations he toured the United States, Australia, and Costa Rica as both an ensemble member and soloist.