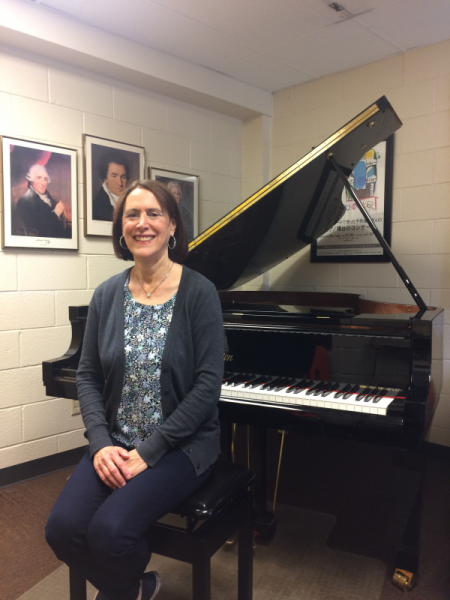 Since introducing the Suzuki Method in 1982, Jacqueline has undergone many additional years of Suzuki training and continues training yearly. In her teaching she follows the pedagogical techniques (also known as Piano Basics) as they are practiced in Matsumoto, Japan as closely as possible. She has traveled there twice (2006, 2008) to observe 10-piano rehearsals and concerts in which her daughter participated. Additionally, she has attended several 10-piano concert rehearsals and performances in Sacramento, California and has participated in other workshops, all led by the Japanese teachers from Matsumoto.

Having taught her own two children for many years, Jacqueline has a unique perspective on the closely knit Suzuki relationship between teacher, parent, and child. One daughter is a Suzuki graduate, and the other is currently in high school and still studying with her.

In 2003 Jacqueline originated (and continues to direct) an annual three-day Suzuki Summer Festival at the University of Puget Sound. The festival features notable Piano Basic instructors giving master classes and talks, and other specialists offering a wide range of enrichment classes.

In addition to being a Suzuki piano teacher Jacqueline has been a Teacher Trainer certified by the Suzuki Association of the Americas since 1987. She also holds a Permanent Professional certificate from MTNA (Music Teachers National Association). Through her years of teaching, many of her high school students, whom she has taught since they were young children, have won and placed in regional and statewide solo and ensemble competitions, and many have won and placed in WSMTA play-offs as well. For Jacqueline, "One of the great joys of being a Suzuki teacher is being able to start a child as young as 3-years-old and watch them grow musically and personally all the way until they graduate from high school!"

Learn about noncredit Community Lessons with this instructor.