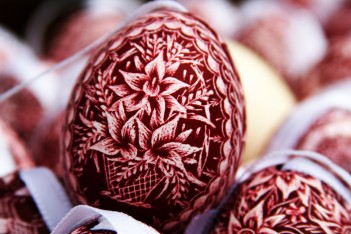 New Year's Day - January 1
Official holiday for schools, offices and stores. New Year's Eve, December 31, is usually more celebrated in Americans than is New Year's Day. Everyone gathers with family and friends to "ring out the old and ring in the new," an expression that reflects the old custom of ringing church bells to greet the new year.

Groundhog Day - February 2
Not an official holiday. The groundhog is a small burrowing animal that hibernates during the winter months. Legend has it that he emerges on February 2. If he sees his shadow (a sunny day) he will be frightened and return to his burrow. This is supposed to indicate six more weeks of wintry weather. If he doesn't see his shadow, then spring is at hand.

Presidents' Day - February 16
Every third Monday in February, the U.S. honors two of our gratest Presidents - George Washington and Abraham Lincoln - with a federal holiday.

Valentine's Day - February 14
Not an official holiday. A lover's holiday celebrated by sending cards and giving candy or flowers.

Saint Patrick's Day - March 17
Not an official holiday. St. Patrick is the patron saint of Ireland, and this holiday was brought to America by Irish immigrants as early as the 18th century. People celebrate this holiday by wearing something green and getting together with friends to party and sing Irish folk songs.

April Fool's Day- April 1
Not an official holiday. As in many other countries, this day is marked by the custom of playing practical jokes on friends and colleagues.

Easter - a Sunday in March or April
Not an official holiday. A religious holiday for Christians who believe that on this day Christ rose from the dead. Many folk traditions are now connected with Easter, including the decorating of brightly colored eggs and giving gifts to children.

Mother's Day - Second Sunday in May
Not an official holiday. On this day Americans honor mothers by sending flowers, buying small gifts, taking their mothers out to eat so that they don't have to cook or do work around the house.

Memorial Day - Last Monday in May
Official holiday. Memorial Day is the day on who Americans remember those who died in military service to their country. Many families visit graves and decorate them with flowers. This day is also marked with patriotic parades. This day is considered the beginning of the summer season.

Father's Day - Third Sunday in June
Not an official holiday. Fathers are honored in much the same fashion as mothers on Mother's Day. Children give their fathers cards and gifts.

Independence Day - July 4
Official holiday. Independence Day, also referred to as "The 4th of July", commemorates the day the Declaration of Independence was signed in Philadelphia on July 4, 1776. The holiday is celebrated all over the country with picnics, political speeches, and community get-togethers that culminate in fireworks displays.

Labor Day - First Monday in September
Official holiday. This holiday recognition of the labor movement's contribution to the productivity of the country. This day is the holiday of the summer season and is celebrated with picnics and other outings.

Rosh Hashanah and Yom Kippur - September/October
Rosh Hashanah, commemorating the creation of the world, is the first of the Ten Days of Penitence, which ends with Yom Kippur, the most solemn of Jewish holidays. For Rosh Hashanah, families gather for a feast in which an apple is dipped in honey to express hope for a sweet year ahead. In Judaism, Yom Kippur is a day of judgment; on the eve of Yom Kippur, Jews ask forgiveness from those who they may have wronged. The keynotes of the holiday are fasting and a collective confession, repeated several times throughout the day.

Halloween - October 31
Not an official holiday. Traditions include carving pumpkins with funny faces as well as dressing up in frightening or funny costumes and going around the neighborhood to receive candy. When people come to the door, children say "trick or treat," meaning "if you don't give me a treat, I will play a trick on you."

Thanksgiving Day - Fourth Thursday in November
Official holiday. The first Thanksgiving was celebrated by the Pilgrims at Plymouth Colony in Massachusetts in 1621 to give thanks for the bountiful harvest and their triumph of survival over the wilderness. Now it is a time when Americans give thanks for the good life they enjoy. They celebrate by getting together with family to eat traditional foods such as turkey, cranberry sauce, sweet potatoes, and pumpkin pie.

Hanukkah - Eight Days, usually in December
A widely observed Jewish holiday, it is the only Jewish holiday connected with war. Hanukkah celebrates the victory of Jewish Maccabees over their Syrian rules in 167 B.C. Hanukkah is marked with parties, games, gifts for children, and the lighting of the nine candles of the menorah.

Christmas - December 25
Official holiday. Many people regard Christmas as the most important holiday of the year, with the holiday season extending from a few days before Christmas to New Year's Day. Although its origins are religious in nature, it is a holiday celebrated by almost everyone in the country. Family members travel great distance to be together on this day on which gifts are exchanged and a traditional dinner is shared. Even families who do not have strong religious convictions decorate a Christmas tree and join in the festivities of the Christmas season.

Want to know what days you will have off from classes? Go the the Puget Sound Academic Calendar to find out.