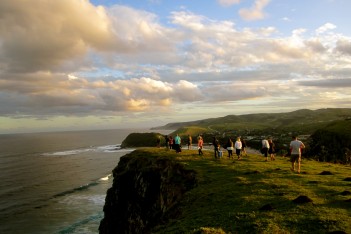 Alien
A visitor or resident from a country other than the U.S.

Arrival/Departure Record
Also known as an I-94 or a "permission to stay". This white card is issued when the alien enters the country and is usually stapled inside the passport. The card shows the arrival place and date and how long the student is authorized to stay. The card is removed on extended visits outside the U.S., and a new one is issued upon return.

Bona Fide
In good faith; without dishonesty, fraud, or deceit.

Duration of Status
The length of time you have been permitted to remain in the U.S. (2 years, 4 years, etc.) plus 60 days to depart.

I-20/ DS-2019
The document you use to apply for your student visa. It tells consular and immigration officials that Puget Sound wants you as a student. This is the main document you will use when you travel abroad or if you decide to transfer schools. It is a valuable piece of paper, so be careful with it. Keep every I-20 (DS-2019 for J-1 students) for your permanent record.

Illegal Alien
A visitor or resident in the U.S., who is "out of status", staying without permission of the U.S. Customs and Immigration Service (USCIS); or whose permission has expired; or who is in violation of any Immigration and Naturalization Service (INS) rules and regulations.

Intake Form
Form required by USCIS to be completed upon arrival at the designated school. It asks for basic background information.

International/Foreign Student
A student who is not a U.S. citizen or permanent resident.

"Out of Status"
A student who has not complied with immigration laws. Reinstatement (regaining status) requires filling forms with the USCIS and a substantial paying fee.

Passport
A proof of citizenship issued by an individual's home country, which enables the traveler to visit or temporarily live in other countries. Keep your passport and other important documents in a safe place. Report a lost or stolen passport to the police immediately, as your government may require a police report before issuing you a new passport.

Permission to Stay
An I-94 form, stapled to your passport when you enter the U.S.

Practical Training
Authorized work, either paid or unpaid, which is related to the student's major, and is performed generally upon completion of all the requirements for a degree.

Reinstatement
When a student is "out of status," s/he sends an appeal to USCIS. USCIS will decide whether to let the student stay or send the student home.

SEVIS
Student and Exchange Visitor Information System. An electronic reporting system that the U.S. government requires schools to use and to share information with the USCIS about international students and scholars in F and J status.

Social Security
A percentage of money withheld from wages, to be paid later in retirement benefits. Generally, international students do not have to pay into Social Security.

Taxable Income
Wages earned that will be taxed by the federal government. Foreign students do need to pay federal taxes, unless exempt by a tax treaty.

Traveling Signature
The authorized signature of page 2 of the SEVIS I-20 which allows reentry into the U.S. after short visits to other countries.

Visa
An endorsement on a passport, showing that it has been examined by the proper officials of a country, granting entry into or passage through that country. A visa to enter the U.S. as a non-immigrant is a stamped entry on a page of the passport. It enables the passport bearer to request the immigration officer at the port of entry to grant admission to the U.S. under conditions specified for the type of visa the bearer holds.