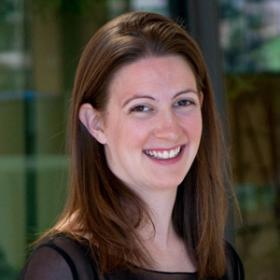 Anna Wittstruck joined the University of Puget Sound School of Music faculty in fall 2017 as Assistant Professor, Director of Orchestra. She moved to Washington after two years as Acting Assistant Professor in Music at Stanford University, where she served as Interim Music Director and Conductor of the Stanford Symphony Orchestra and Stanford Philharmonia.

Dr. Wittstruck has conducted concerts across the United States, in Latin America, Europe and in Asia, including with the Harbin Symphony in China. She recently conducted sold-out concerts at Palacio de Bellas Artes in Mexico City and Teatro Nacional de Cuba in Havana, where she performed with Lizt Alfonso Dance Cuba and the Chamber Orchestra of Havana. In December 2013 she conducted the first-ever symphonic concert on Catalina Island (“Sounds of America,” featuring Copland’s Appalachian Spring) and returned with her touring ensemble the following three seasons. She has conducted concerts at the Rudolfinum in Prague and the Musikzentrum Augarten (home of the Vienna Boys’ Choir) in Vienna, as well as concerts in Berlin, Bad Elster, and Teplice as part of the 2013 Stanford Symphony Orchestra tour of Central Europe.

An active orchestral musician, Dr. Wittstruck’s performances as a cellist span from the Beijing Modern Music Festival to the 2011 YouTube Symphony Orchestra under the direction of Michael Tilson Thomas. Her string quartet gave a concert tour of Thailand sponsored by the Yonok and American-Thai Foundations, in honor of HRH Princess Maha Chakri Sirindhorn’s sixtieth birthday celebrations. She won a blind audition at the age of fourteen to become the youngest contracted member of the Asheville Symphony Orchestra and has participated in orchestra festivals such as Tanglewood, Round Top, and the National Symphony/Kennedy Center Institute. She has appeared as a soloist with the Charlotte and Hendersonville Symphonies, on the Public Radio International show, “From the Top,” and with the Stanford Symphony Orchestra.

She received her Bachelor of Arts in Music from Princeton University with certificates in orchestral conducting and creative writing, and her PhD in musicology from Stanford University. While a graduate student, she conducted the Summer Stanford Symphony Orchestra for six consecutive seasons, served as assistant conductor of Stanford’s orchestral studies program, and has directed the Stanford Wind Symphony, the Stanford New Ensemble, and the Stanford Chinese Ensemble. She also helped create the Stanford Youth Orchestra, an international program for advanced high school students, and taught courses through Stanford Pre-Collegiate Studies. At Princeton, she spent two years as assistant conductor of the Princeton University Orchestra and as associate conductor of the Princeton Sinfonia.

Increasingly sought after as an adjudicator, Dr. Wittstruck has judged concerto competitions for the San Francisco and El Camino Youth Symphonies, and appears regularly as a judge and clinician for World Strides Heritage Festival. She served on the jury of the 2014 Alice and Eleonore Schoenfeld International String Competition in Harbin, China.

“I am thrilled to be joining the School of Music at University of Puget Sound,” writes Wittstruck, “and am honored by the opportunity to work with exceptionally talented and curious students in a liberal arts environment.”