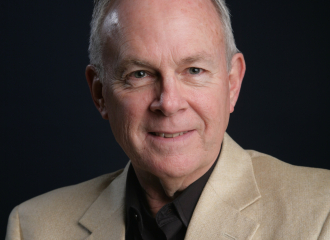 David Joyner has over forty years experience as a pianist, vocalist, composer, arranger, program producer, conductor, published scholar, public lecturer, and educator.  His areas of expertise include performing as well as teaching jazz history, jazz theory, and both vocal and piano jazz improvisation. He is an active freelance musician and owner of DDJ Music Services. For 18 years he taught at Pacific Lutheran University, where he was Professor of Music in history of jazz, Director of University Jazz Ensemble, Director of Northwest Jazz Honor Band, and Artistic Director and performer for the Jazz Under the Stars concert series. Prior to his time at Pacific Lutheran University, he was Professor of Music in the jazz studies division at the University of North Texas for fourteen years.

Dr. Joyner earned his Bachelor of Music in Composition from the University of Memphis, a Master of Music from University of Cincinnati College Conservatory of Music, and a Ph.D in ethnomusicology from the University of Memphis. He grew up in Memphis, Tennessee, where he embraced jazz and became a major player in the Memphis jazz and commercial music scene. He has performed for legends such as Bob Hope, Danny Thomas, Henry Mancini, and Bob Newhart. He also worked full time as a staff vocalist at a broadcast music production house which produced radio jingles and corporate show music used throughout the world. He has adjudicated jazz festivals across the United States, including the states of Tennessee, Alabama, Texas, New Mexico, Idaho, and Washington.

David Joyner enjoys conducting jazz workshops for music directors and students. And he loves presenting public lectures, especially for senior communities on topics such as popular music of the swing era, the blues, and music of Tin Pan Alley.